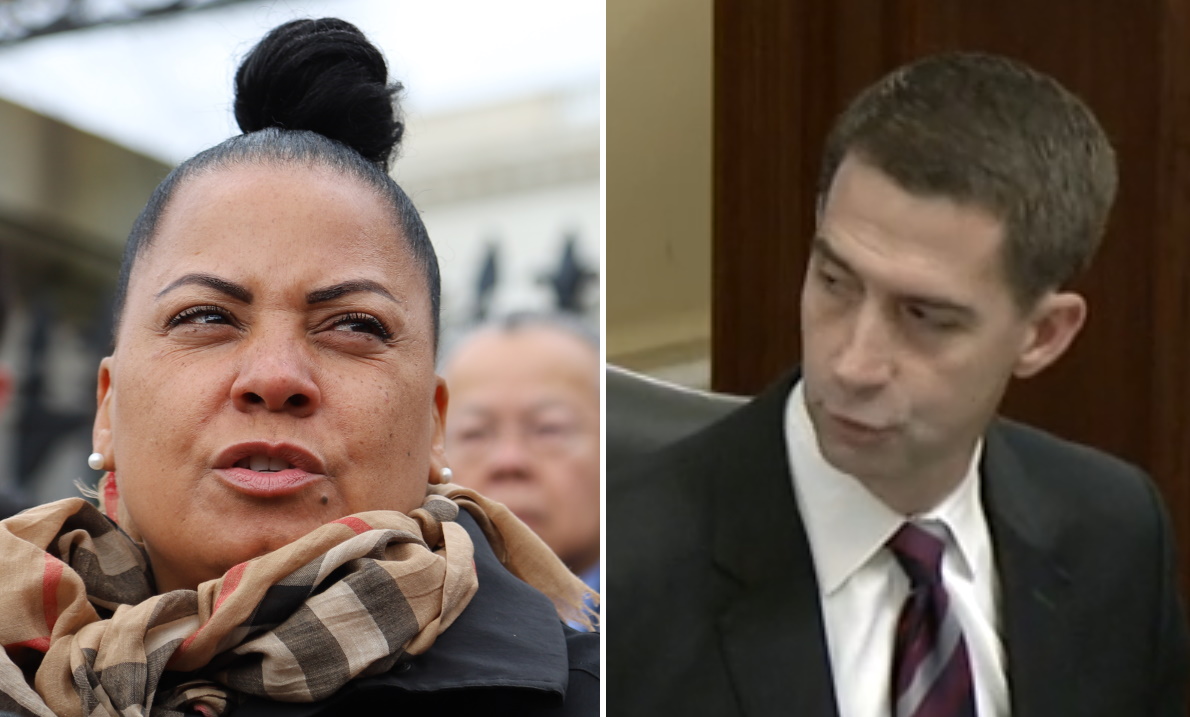 By Matt Murphy and Sam Doran

Democrats in the U.S. Senate took a major step forward toward confirmation of Suffolk County District Attorney Rachael Rollins to become the next top federal prosecutor in Massachusetts, narrowly voting on Thursday to bring her nomination forward to the full Senate.

Rollins’s nomination has been shelved in the U.S. Senate Judiciary Committee since that panel deadlocked in September on whether to report it to the Senate floor, breaking with what Democrats have described as a longstanding tradition of respecting the will of presidents and home-state senators.

The advancement of Rollins’s nomination came in spite of opposition from Republicans, led by Arkansas Sen. Tom Cotton, who urged President Joe Biden to withdraw Rollins’s name and nominate someone new for U.S. Attorney.

“It is no surprise that some right-wing voices have sought to make an issue out of Rollins’ nomination and it is unfortunate that many Republicans who should know better have fallen in line behind this campaign of fearmongering,” U.S. Sen. Elizabeth Warren said, in remarks from the floor.

Majority Leader Chuck Schumer moved Thursday to dislodge the nomination from committee, and the Senate voted 50-47 to advance the process forward, with both Warren and Sen. Edward Markey defending Rollins’s record and her credentials. Among the votes against Schumer’s motion was former Gov. Mitt Romney, who now serves as the junior senator from Utah.

Schumer must now file for cloture to end debate on her nomination, and then call a vote for confirmation. Both votes require just a majority of the Senate, though Warren’s office said it did not know precisely when those next steps would take place.

Rollins, a former federal prosecutor, was elected district attorney in 2018, but her reform-minded approach to prosecuting low-level, non-violent crimes has come under fire as she seeks to become the first Black woman to serve as U.S. attorney in Massachusetts.

Cotton and other Republicans, like Sen. Ted Cruz of Texas, have focused in particular on Rollins’s March 2019 policy memo making it the default position of the office to decline to prosecute 15 non-violent crimes such as misdemeanor trespassing, drug possession, making threats and breaking and entering. That memo also caused some friction between her office and Gov. Charlie Baker at the time.

“The truth is Rollins has nothing but contempt for the rule of law,” Cotton said on Thursday.

Cotton called Rollins “one of the most preeminent legal arsonists in the country,” painting her as someone determined to destroy the criminal justice system from the inside.

Markey said the last time the Senate held a roll call vote on a nominee for U.S. attorney was in 1975. Calling Rollins a “courageous Black female progressive district attorney” with a “demonstrated record of success,” Markey said the attempt to block Rollins’s nomination was part of a “deeply partisan ploy.”

The Malden Democrat also said Rollins’s approach to prosecuting crimes “scares” her political opponents “because it’s working in Boston. It can be a model for the rest of the country.”

“Rachael Rollins is not soft on crime. She is smart on crime,” Markey said.

Warren also defended Rollins’s record of prosecuting violent and drug crimes in Suffolk County. Despite her progressive approach, Warren said the district attorney’s office had prosecuted more drug trafficking cases than her predecessor over a similar time frame, and in the months after Rollins took office in 2019 Warren said homicides in Suffolk County reached a 20-year low.

Though homicides did increase in 2020 as part of what Warren described as a nationwide trend seen in states like Arkansas and Texas as well, she said recent data shows homicides declining by nearly a third in the first nine months of 2021.

“Rollins has demonstrated that progressive policies can be effective in cutting serious crimes, which seems to frustrate her opponents,” Warren said.

If the Senate does confirm Rollins, Gov. Baker will get to appoint a new Suffolk County district attorney who will serve until the 2022 election.