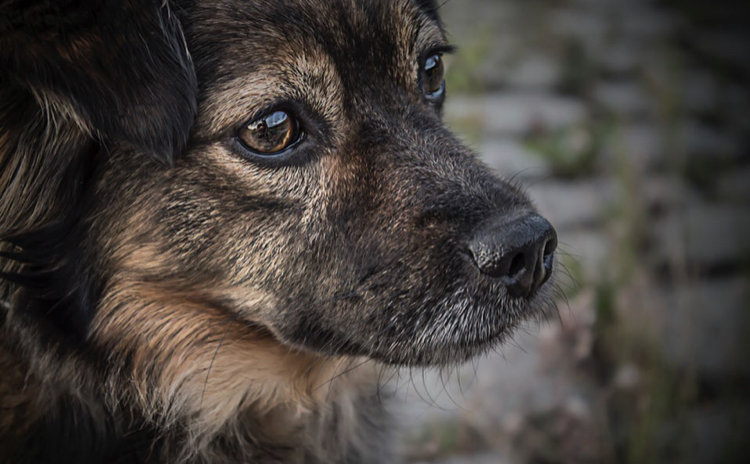 BOSTON, Aug. 23, 2018 – According to a press release by Rob Halpin, the MSPCA’s Angell Animal Medical Center in Boston has confirmed its first case of canine flu this year—a nearly four-month-old poodle that was treated and released on Aug. 14 after a two-day stay at the hospital—and is urging owners of at-risk dogs to consider vaccinating their pets against the highly contagious virus.

“We cannot confirm that this case was ‘patient zero’ in Massachusetts, but we do know that this dog had not traveled to states that have recently experienced outbreaks of flu,” said Dr. Virginia Sinnott of Angell’s Emergency & Critical Care Unit. “We must therefore recommend dog owners take preventative measures to reduce their pet’s chances of contracting the virus.”

Zero Risk to Other Patients at Angell

The poodle who ultimately tested positive arrived at Angell on Aug. 12 with a high fever and cough. The veterinary team immediately suspected an infectious respiratory disease such as flu, so the patient was treated in isolation while the hospital’s infection control plan was activated.

“Even as we treated the patient with fluids and antibiotics we ensured that every surface in our critical care unit was disinfected to prevent the spread of the virus,” said Sinnott, who underscored that the flu virus is extremely easy to kill so long as surfaces are cleaned before any other dogs can touch them.

No other dogs at Angell during the time the infected patient was treated have come down with flu. “Since the first patient was admitted, however, we’ve had two other dogs arrive with flu-like symptoms—and we should know whether those dogs are flu-positive by early next week,” said Dr. Sinnott.

There was too little virus detected to confirm the exact strain that the poodle had contracted.

“H3N2 is the strain that everyone worries about because it’s in the news a lot,” said Dr. Sinnott. “We must keep in mind that, for most dogs, flu—even H3N2—is just a nuisance. They’ll feel crummy for a couple days and cough quite a bit, but it is generally not fatal.”

Flu outbreaks raise alarms in the veterinary community, however, because the virus is extremely contagious—with dogs able to spread the virus to other dogs several weeks before and after they get sick. And for older dogs, or those with existing respiratory issues, flu can lead to pneumonia. “Owners of dogs with preexisting respiratory illness should talk to their veterinarian about getting vaccinated against canine flu,” said Dr. Sinnott.

Since March 2015, when the more contagious H3N2 strain was spotted in the U.S., veterinarians have treated dogs in nearly every state, which now includes Massachusetts. Dr. Sinnott recommends that dogs experiencing coughing, fatigue, labored breathing or lack of appetite be immediately evaluated by their veterinarian.

Dr. Sinnott stresses tried and true prevention measures to reduce the risk of our dogs falling sick, in particular heeding the following guidelines:

If traveling with dogs to any of the states that have experienced an outbreak (including New York, Connecticut, Pennsylvania, Michigan, Wisconsin and California), steer clear of all dog parks, veterinary hospitals (save for emergency treatment) or other areas in which dogs assemble. Follow Cornell University College of Veterinary Medicine’s real-time canine flu tracker for updates on positive tests around the country.
Consider having your dog vaccinated against the flu—but do not mistake vaccination as a sure-fire preventative as there are many different strains and, just like with the human flu vaccine, it is not effective 100 percent of the time. Sinnott estimates that the vaccine is about 60 percent effective.
Know the primary signs of canine flu which generally include coughing, runny nose, decreased activity, decreased appetite, and generally seeming unwell. If any of these symptoms are present, call your veterinarian immediately.
If your dog is sick, seek treatment at your veterinarian’s office or Angell—but inform staff upon arrival if you suspect flu, and keep well clear of all other dogs in the waiting area(s).

Canine flu is not fatal in most cases, nor does it pose a threat to humans, cats or other pets. However, the odds of dogs contracting the illness after exposure are nearly 100 percent. And the experience is a miserable one, as dogs can be sick for an average of ten to 20 days.