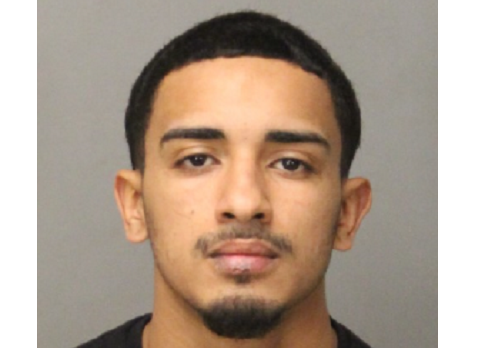 A man on the Massachusetts State Police Most Wanted List has been captured in Fall River.

According to Dave Procopio of the Massachusetts State Police, Xavier DeJesus, 20, was captured this evening just a short time ago.

Middlesex District Attorney Marian Ryan and Lowell Police Superintendent Kelly Richardson have also confirmed that DeJesus, of Lowell, was located today at a Fall River residence and placed under arrest in connection with the murder of Deija Mendez.

Yesterday MSP VFAS Troopers developed information that DeJesus may be in the Fall River area.

After following up on that information, at approximately 1 p.m. today MSP VFAS Troopers, along with MSP Troopers from the State Police Detective Unit for Middlesex County and Lowell Police Officers approached 132 Stevens Street in Fall River, the location where DeJesus was believed to be hiding.

He will be arraigned tomorrow in Lowell District Court.

On Tuesday, June 23, 2020, at approximately 3:30 p.m., Xavier DeJesus allegedly shot Deija Mendez, 23, of Boston outside a residence on Coral Street in Lowell while she was seated in the driver’s seat of a black Chevrolet Tahoe. Upon arrival at the scene, Lowell Police located Ms. Mendez suffering from a gunshot wound to the head. Ms. Mendez was pronounced dead on the scene.

DeJesus has been charged with murder, discharging a firearm within 500 feet of a dwelling, carrying a firearm without a license and possession of ammunition without an FID card in connection with the fatal shooting.

The preliminary investigation suggests that DeJesus may have been known to the victim and that there was allegedly a dispute over the possession of a motor vehicle prior to the fatal shooting.

DeJesus was put on the MSP “Most Wanted” list early this month.