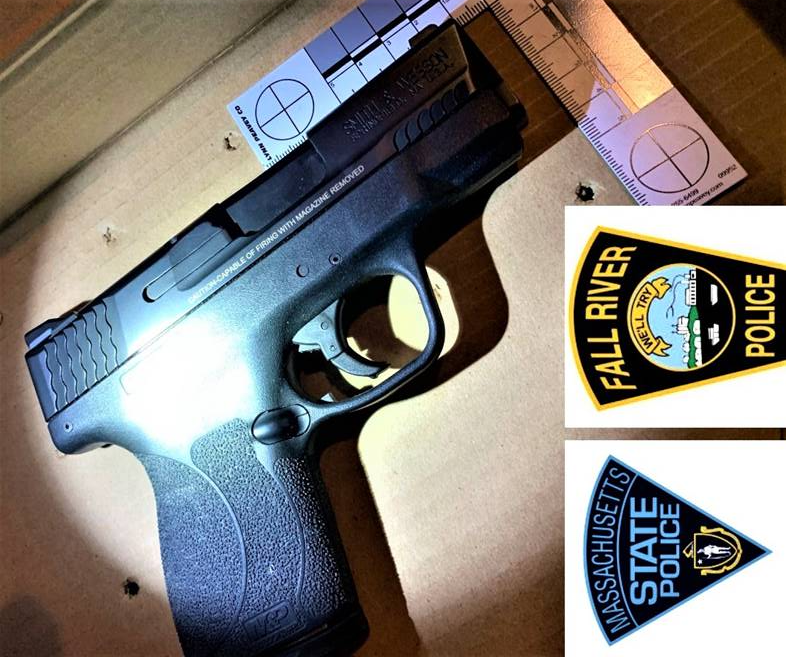 Massachusetts State Police and Fall River Police located a wanted man who was hiding in Fall River and arrested him on a list of charges.

According to Dave Procopio of the Massachusetts State Police, on Wednesday, February 17, Trooper Jeff Whitehead, assigned to the State Police Detective Unit for Bristol County, received information that a man named William Walker, 30, of Dorchester, was operating a vehicle in Fall River and likely had an illegally possessed firearm. State Police further developed information that Walker had potentially lethal intentions. Due to the nature of the information, Troopers with the narcotics section of the State Police Detective Unit for Bristol County responded to a residence on Lawrence Street in Fall River and established surveillance.

Trooper Whitehead contacted Lieutenant Barry Shea, assigned to the Massachusetts State Police Violent Fugitive Apprehension Section (MSP VFAS), advised him of the situation, and learned that MSP VFAS was also searching for Walker, who was the subject of four warrants charging him with several offenses in the Fall River area, including kidnapping and assault and battery. MSP VFAS Troopers and Fall River Police also responded to the address to assist in the investigation.

Troopers developed further information that an acquaintance of Walker’s was about to leave that residence, reportedly to travel to the house where he was currently staying. A couple of hours later, Trooper Shane O’Reilly observed the acquaintance leave the Lawrence Street apartment and drive away. Troopers followed the acquaintance through the city to an address on Alden Street and watched as she pulled into the driveway. As Trooper Whitehead drove by that apartment, he observed Walker leaving the residence. The Trooper stopped and Walker ran back into the residence. Troopers and Fall River officers set up a perimeter to ensure that Walker could not leave the residence and evade capture.

Troopers and Officers learned that Walker had been staying in a third-floor apartment. While searching for Walker on the third floor, members of the arrest team located a gun holster in plain sight on the dresser next to Walker’s driver’s license. Troopers and Officers found Walker hiding on the second floor, where he had convinced a 13-year-old resident to open his apartment door, and placed him under arrest.

Fall River officers obtained a search warrant for the third-floor apartment. The search led to the recovery of a Smith & Wesson .45 caliber pistol with a defaced serial number from the bedroom where Walker had been sleeping. Investigators were able to discern enough information from the numbers left on the gun to determine it had been stolen from New Bedford.