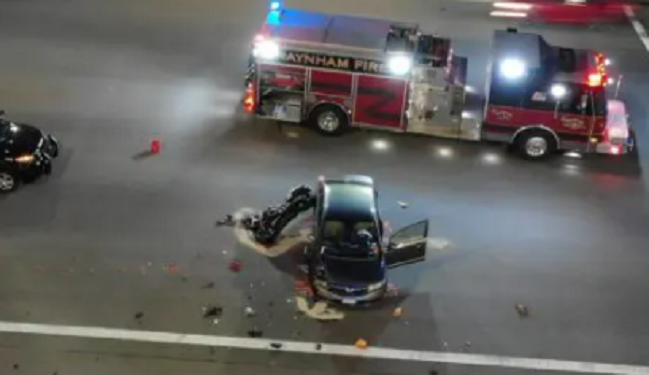 RAYNHAM — Police Chief James Donovan and Fire Chief Bryan LaCivita report that the Raynham Police and Fire Departments responded to a serious crash between a motorcycle and a car Thursday night.

First responders were dispatched at approximately 7:20 p.m. to the area of 300 New State Highway (Route 44) for a report of a crash between a motorcycle and a Honda Civic.

Upon arrival, first responders found the operator of the Honda motorcycle, a 32-year-old Taunton man, unconscious and unresponsive in the roadway.

The operator of the motorcycle suffered life-threatening injuries and was taken by ambulance to a nearby landing zone at the Johnson & Johnson Institute where a medical helicopter arrived to transport him to Rhode Island Hospital. The extent of his injuries is unknown at this time.

The operator of the Honda Civic, a 25-year old Taunton woman, was treated on the scene by Brewster Ambulance personnel, but declined transportation to a hospital.

An initial on-scene investigation determined that the motorcycle was traveling westbound on Route 44 while the operator of the Honda Civic was traveling eastbound and had attempted to turn left into Shaw’s Plaza.

Route 44 was reduced to one lane of traffic while first responders were on scene. The roadway reopened at approximately 10 p.m.

The crash remains under investigation by the Raynham Police Department and the Massachusetts State Police.