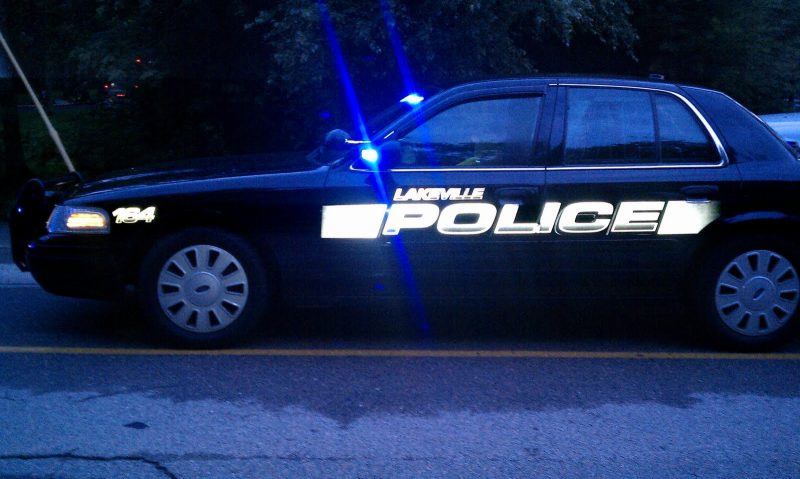 A crash this afternoon in Lakeville has claimed a life.

According to Lakeville Police, at 3:53 p.m., the Lakeville Police Department responded to a report of a single motorcycle crash on Bedford Street by the Rochester town line. Upon arrival, officers found the lone rider, a 65-year-old Carver man, and his Harley Davidson Road King motorcycle off the roadway. The operator was transported to Morton Hospital by the Lakeville Fire Department and later pronounced deceased.

The crash is under investigation by Lakeville Police Officer Joseph Cowing and the Massachusetts State Police Collision Analysis and Reconstruction Section (C.A.R.S.). The Plymouth County Sherriff’s Department and the Rochester Police Department assisted at the scene.