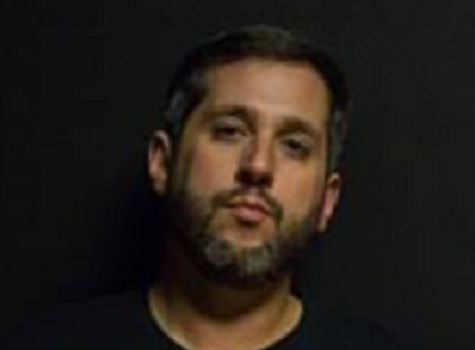 A member of the Portuguese Kids was arrested after an incident that occurred last month.

According to information obtained by Fall River Reporter through public record, on Wednesday, January 22, at approximately 11:42 a.m., Acting Sergeant Michael Connell, Officer Nathan Melo and Officer Ryan W. Pereira were dispatched to Main Street for a male party in an apartment. A female stated that Albert Sardinha, 40, of Rock Street in Fall River, was in her apartment and that her door was locked and Sardinha did not have a key.

The victim stated that Sardinha fled on foot towards Fall River and she observed him leave in his white minivan. She informed dispatch that she spoke to Sardinha and that he told her he was there because he allegedly felt emotional after leaving a funeral and wanted closure.

The victim told police that she went on one date with Sardinha. She said that he was well known and a member of the Portuguese Kids out of Fall River and because he was well known, she agreed to let him pick her up for her date at her residence. She said after one date he sent long and creepy text messages and she felt uncomfortable and decided not to see him again. She blocked him from social media and he allegedly continued to text her.

The victim stated that Sardinha would text her while she was at work and would allegedly send her pictures regarding her being at work and even made a comment about her standing outside which made her feel very uncomfortable.

Based on the conversation police had with the victim, officers became concerned that Sardinha might have been installing hidden cameras in the apartment, but no evidence was found.

Sardinha has been charged with Felony Breaking and Entering and Larceny from a Building.