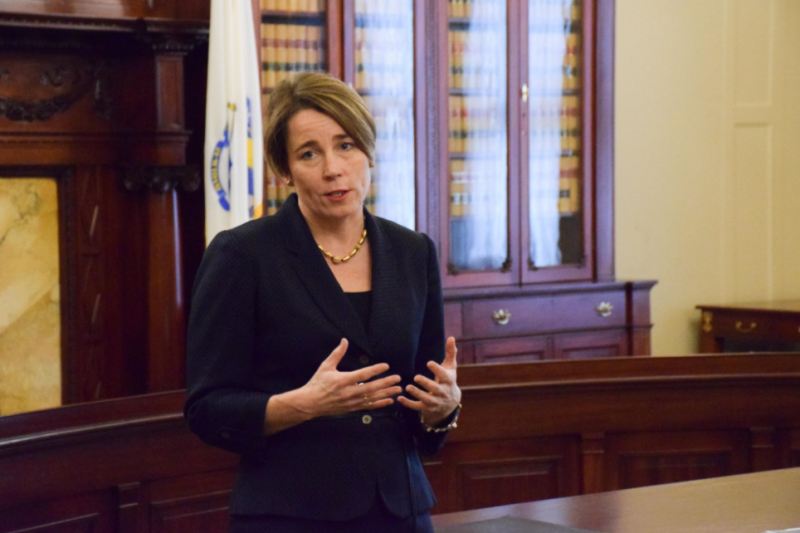 BOSTON – Massachusetts Attorney General Maura Healey today announced the resolution of her lawsuit against the Sackler family and their company, Purdue Pharma, that will make public tens of millions of documents related to their role in the opioid crisis, and require a payment of more than $4.3 billion for prevention, treatment and recovery efforts in communities across the country. It will also require Purdue Pharma to be wound down or sold by 2024 and ensure that the Sacklers are banned from the opioid business and required to turn over control of family foundations to an independent trustee to be used to address the opioid epidemic.

The resolution of the lawsuit by AG Healey, which was filed in bankruptcy court on Wednesday night and is subject to approval, requires unprecedented and complete disclosure about the role Purdue and the Sacklers played in the opioid crisis. It requires Purdue and the Sacklers to make public more than 30 million documents, including attorney-client privileged communications about the original FDA approval of OxyContin and tactics to promote opioids. It also requires the Sacklers to make one of the largest payments that individuals have paid to resolve a law enforcement action in U.S. history.

“From the day we opened our investigation and became the first state to sue the Sacklers, my office has been committed to revealing the truth about the opioid epidemic that the Sacklers and Purdue Pharma created, the devastation they caused, and the countless American families they hurt,” said AG Healey. “While I know this resolution does not bring back loved ones or undo the evil of what the Sacklers did, forcing them to turn over their secrets by providing all the documents, forcing them to repay billions, forcing the Sacklers out of the opioid business, and shutting down Purdue will help stop anything like this from ever happening again. This case has also shown us that our legal system needs to change so that billionaires are never allowed to manipulate the bankruptcy system. I am grateful to the families whose strength and perseverance will continue to guide our work to combat this crisis in the years ahead.”

“The opioid crisis has caused immeasurable harm to families across Massachusetts and Purdue Pharma played a significant role in perpetuating that crisis, and I am grateful that this resolution holds Purdue and the Sackler family accountable,” said Governor Charlie Baker. “Our Administration was proud to support the Attorney General in this litigation and to push for greater accountability for the Sacklers and Purdue throughout this process. There is much more work to do to fight the opioid epidemic and we remain committed to building on Massachusetts’ nation-leading work in prevention, education, treatment and recovery, but we are glad that today’s resolution sends a message that those who perpetuated this crisis will be held accountable.”

“I would like to thank Attorney General Healey for delivering on her promise to expose what Purdue and the Sacklers did,” said Joanne Peterson, the founder and executive director of Learn to Cope. “For the past 20 years, they have hidden behind lies and stigmatized our families. Now everyone will know the truth.”

“This settlement helps to bring justice to the many families in the Commonwealth who have lost loved ones to the opioid epidemic,” said Dr. Charles Anderson, President and CEO of the Dimock Center and member of the Opioid Recovery and Remediation Fund Advisory Council. “It will shape public health policy and decrease the stigma associated with substance use disorder which is vital to promoting access to care for all that need it. Moreover, the disclosure of information achieved in this settlement will allow us to make sure that this never happens again.”

“We are forever grateful to Attorney General Maura Healey and her staff for demanding accountability and justice for the harm and devastation caused to individuals, families, and communities,” said Maryanne Frangules, Executive Director at the Massachusetts Organization for Addiction Recovery (MOAR).

Under the terms of the resolution, Purdue will turn over for public disclosure the evidence from lawsuits and investigations of Purdue over the past 20 years, including deposition transcripts, deposition videos, and 13 million documents. Purdue will also be required to turn over more than 20 million additional documents, including every non-privileged email at Purdue that was sent or received by every member of the Sackler family who sat on the Board or worked at the company. Lastly, Purdue will waive its attorney-client privilege to reveal hundreds of thousands of confidential communications with its lawyers about tactics for pushing opioids, FDA approval of OxyContin, “pill mill” doctors and pharmacies diverting drugs, and about the billions of dollars Purdue paid out to the Sacklers.

The Sacklers will pay $4.325 billion over the next nine years, with Massachusetts expected to receive an estimated $90 million for abatement of the opioid epidemic. Thousands of individual victims of Purdue’s misconduct will also receive compensation as part of the bankruptcy process.

Under the terms of the plan, the Sacklers will be permanently banned from the opioid business and Purdue will be sold or wound down by the end of 2024.

The resolution also requires the Sacklers to relinquish control of family foundations holding $175 million in assets to the trustees of a foundation dedicated to abating the opioid crisis. Further, the Sackler family will be prohibited from requesting or permitting any new naming rights in connection with charitable or similar donations or organizations for the next nine years.