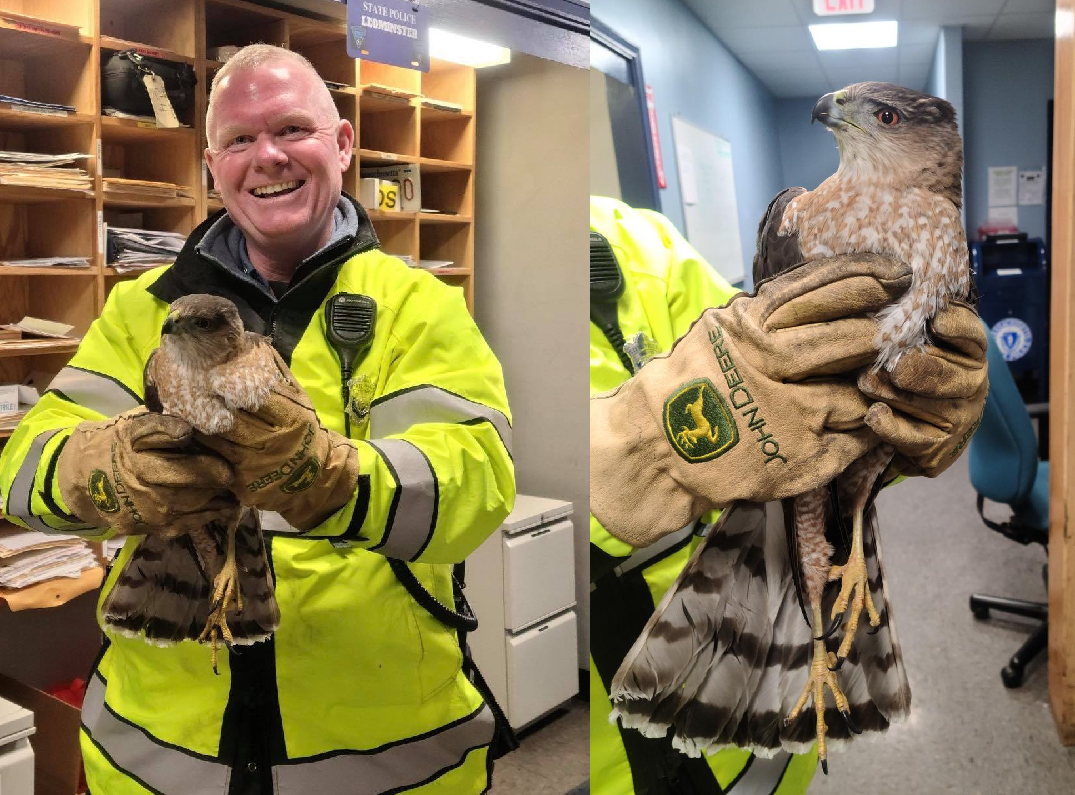 A Massachusetts State Trooper saved the day for an animal in a roadway after an alert from a concerned caller.

According to Massachusetts State Police, on Monday, Trooper Phil McLaine saved a Red Tail Hawk from the left lane on Route 2 in Leominster.

The State Police-Leominster Barracks received a call from a concerned person involving a large bird, possible hawk, in the left travel lane on Route 2.

Trooper McLaine arrived on scene and removed the hawk from the travel lane and brought it back to the barracks.

The Environmental Police were contacted and were going to transport the bird for medical treatment and then release it back into the wild.