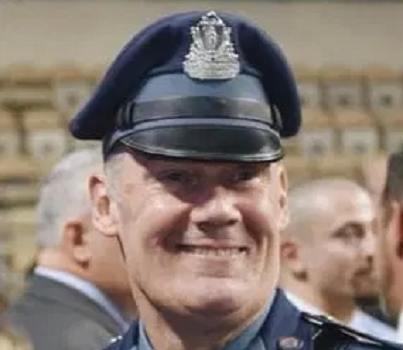 A Massachusetts State Trooper has died from injuries he sustain in a crash while on the job.

According to Massachusetts State Police, Trooper Thomas Devlin succumbed to injuries sustained after being struck by a vehicle that entered the breakdown lane during a motor vehicle stop on Route 3 in Billerica on July 26, 2018.

Initial investigation revealed that at the time he was struck, Devlin was out of his cruiser on foot talking with the motorist stopped for a traffic violation. A second vehicle, a 2012 Toyota Prius, being operated by a 53-year-old male from Haverhill, drifted from the right lane into the breakdown lane. The Prius struck Devlin and pinned him between the two vehicles. The Prius operator stopped at the scene.

Devlin was transported by ambulance to Lahey Clinic with injuries to both his upper and lower body after the crash.

Trooper Devlin had many surgeries and succumbed to his injuries today.

“Trooper Thomas Devlin upheld the highest ideals of the Massachusetts State Police: integrity, dedication to duty, and service to others,” said Massachusetts State Police Colonel Christopher S. Mason. “He loved and respected the job, and the job loved and respected him. Above all, he was utterly devoted to his family, and epitomized what it meant to be a loving husband and father. Trooper Devlin was known in the Department for his hard work, his rock solid character, and his commitment to be being a reliable friend, co-worker and public servant — a Trooper who could be counted on by his colleagues and the public. It was in service to the public, in the act of keeping our roads safe, that he gave his last, and the ultimate, sacrifice. We are lesser today for his loss and we will miss his smile.”