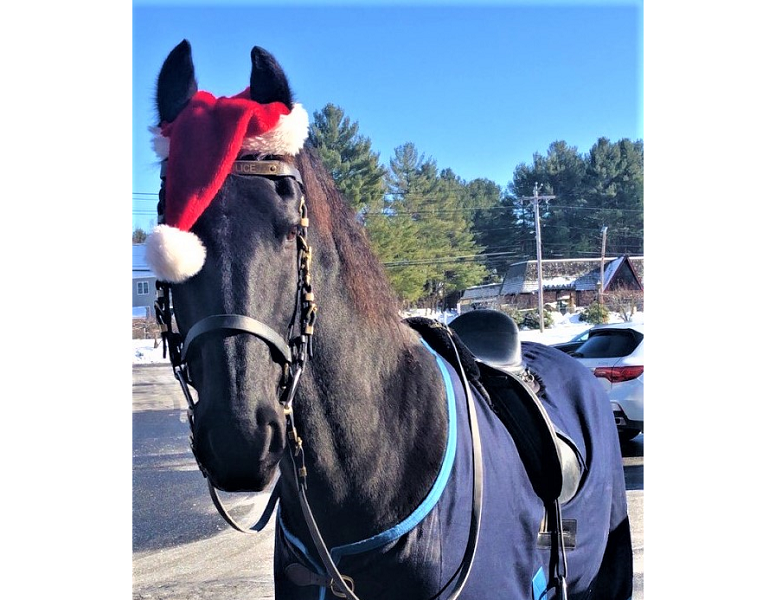 It is with tremendous sadness that the Massachusetts State Police announce the passing of one of their horses, Dewey, after a brief battle with colic.

A handsome 18-year-old Friesian, Dewey joined the MSP’s Mounted Unit in October 2016 and immediately went into service. He and his partner, Trooper Daniel Doiron, could be seen patrolling anywhere across the state, from Salisbury Beach in the northeast to Borderland State Park in Easton to points west. In fact, Dewey was one of a handful of MSP mounts to have earned the rare distinction of patrolling in every MSP Troop in the state.

During Dewey’s service to the MSP, he and Trooper Doiron provided security and crowd control at nearly every Patriots game and concert at Gillette Stadium, several Caribbean Festivals, and numerous parades and community events.

As is true of all of the horses and dogs at MSP, Dewey was a valued and beloved member of the Massachusetts State Police family, performing a vitally important mission with his human partner to help keep the public safe. Dewey lived, as do all of their horses, at the Mounted Unit’s barn in Acton, where Troopers assigned to the unit provide devoted and excellent care for them.

The photo shows Dewey during the last mission he worked before he became ill, a Toys for Tots charity event in Acton.

Dewey is dearly missed by the department, Mounted Unit, and especially by his partner and dear friend, Trooper Dan Doiron.