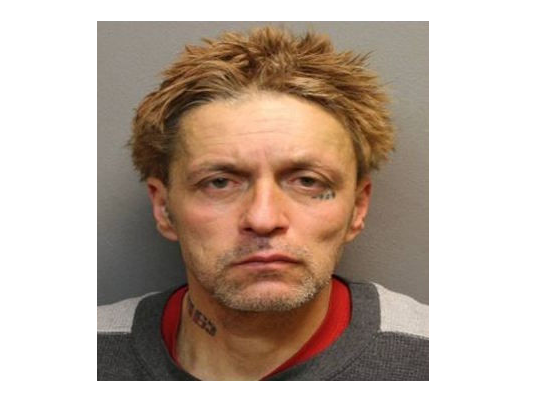 September 28, 2018 – Another of the Massachusetts State Police Most Wanted Sex Offenders was captured after troopers from the Department’s Violent Fugitive Apprehension Section (MSP VFAS) tracked him to New York City.

MSP VFAS Trooper Michael Guerreiro tracked ANGEL M. ROSADO, 53, to the Brooklyn/Bronx area. With assistance from the US Marshals Service and NYPD, ROSADO was located at about 6:00 A.M. this morning at the Bronx Park Motel and taken into custody. Rendition proceedings are in process.

ROSADO, classified as a Level 3 Sex Offender by the Massachusetts Sex Offender Registry Board, was wanted for four counts of failure to register as a sex offender as required by law. ROSADO was convicted in 1991 of rape of a child under 16 with force, assault and battery with a dangerous weapon, and robbery, stemming from an incident in which he and his co-defendant dragged a girl under a bridge in Boston, struck her with a large object, and took turns raping her. Following his completion of a state prison sentence ROSADO has repeatedly violated his sex offender registration requirements. He has previous convictions for failure to register and an extensive criminal history in Massachusetts, Pennsylvania, New York, and New Jersey.