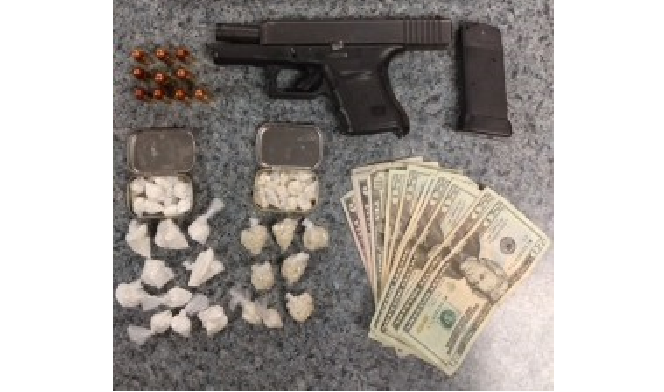 During a subsequent inventory search of the car, Troopers found a Glock 30 .45 caliber semi-automatic handgun, loaded with 10 rounds, in the trunk.

A quantity of cash was located in the suspect’s possession but did not meet the threshold amount for it to be seized.