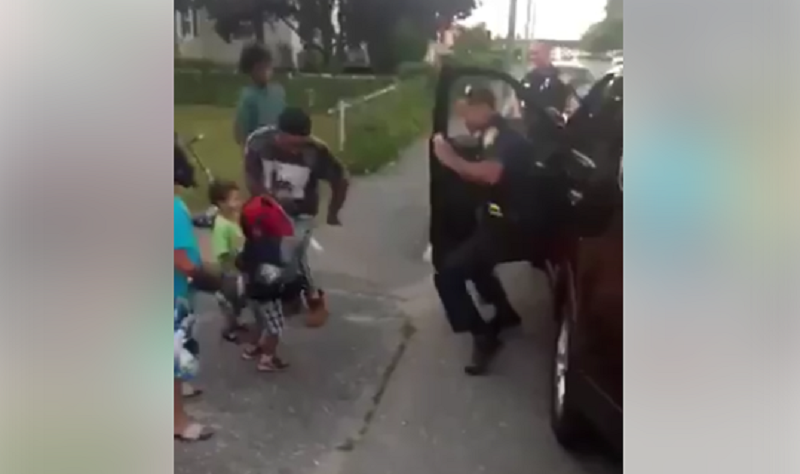 Who says the men and women in blue don’t have any rhythm?

According to Hyannis resident Amanda Small, Barnstable Police were responding to a noise complaint on Spring Street. Children were in the neighborhood playing music and dancing. Officers returned about 20 minutes later which resulted in a dance-off with the children in the area. Not only did the officers accept a dance challenge with the youth, but they also passed out ice cream.

Barnstable Police posted a video of the encounter and revealed that Officers Green and Frederickson were involved in the dance-off.

Dance – off on Spring Street with Officers Green and Frederickson, everybody has moves.