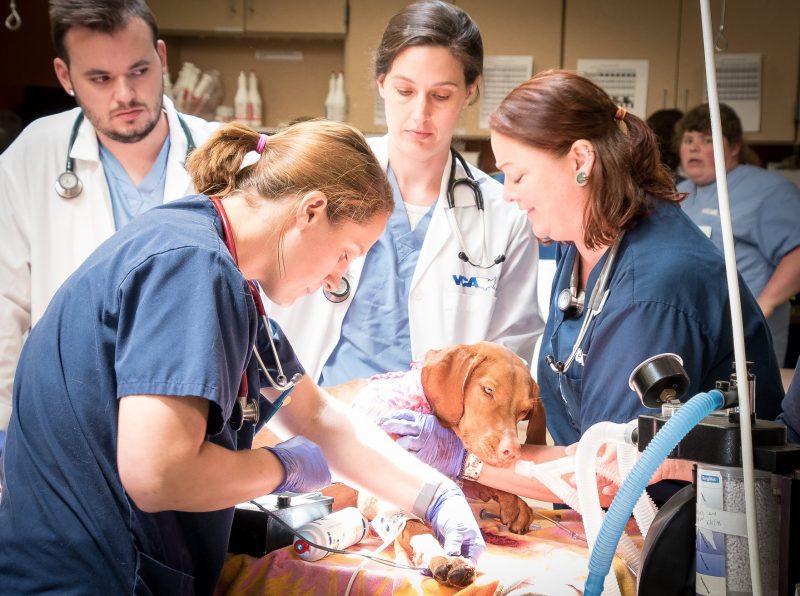 According to CPD, Cohasset Officers and the Tri-Town Animal Control Officer assisted a Cohasset couple today when their 10-month-old Vizsla puppy named Lexi was impaled by a tree branch while on a walk on the trails of Whitney Woods.

Officers responded with the new off-road utility vehicle (UTV) and traversed over a mile into the woods off of King Street to reach the dog, who had a large tree branch through her neck, and was bleeding profusely.

Officers and Lexi’s owners administered first aid and started the long trek out of the woods in the rear of the UTV.

Once out of the woods, Lexi was brought to Crazy Paws Veterinary Clinic on King Street. She was stabilized by staff at Crazy Paws and transported to VCA Weymouth by Officers for emergency surgery.

After receiving several pints of blood, antibiotics, and fluids at VCA, Lexi was stable enough to operate on. Fingers crossed that she makes a full recovery!

We wish Lexi a full recovery!