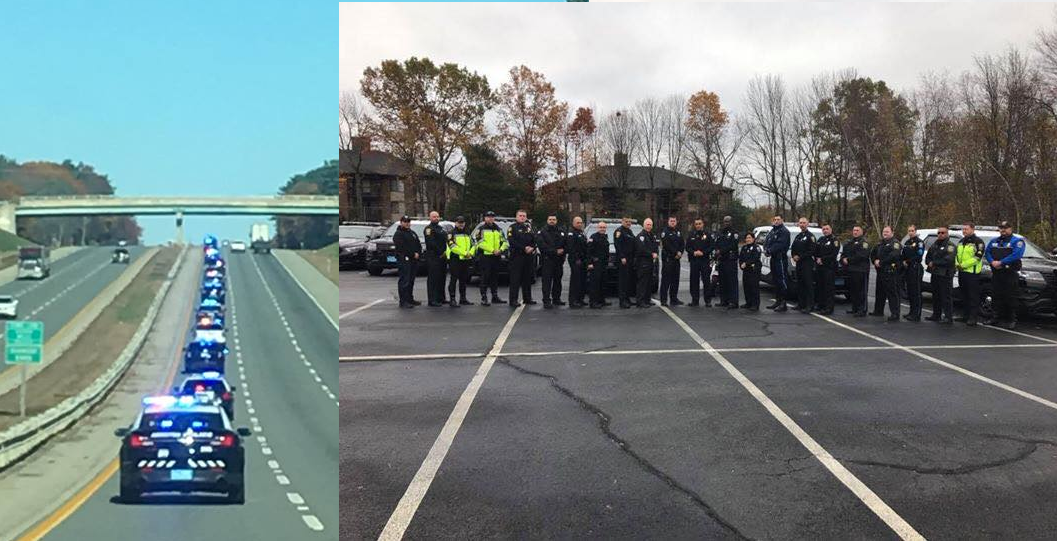 Massachusetts Police Departments from all over the state set out to deliver cards to Jacob.

Police officers from numerous Massachusetts towns answered the call from Lieutenant John Bonney of the Stoughton Police Department and set out on a trip up north to the Barbara Bush Children’s Hospital in Portland, Maine to lift the spirits of Jacob Thompson.

Jacob is 9 years old and has been battling Stage 4 Neuroblastoma. When Lt. Bonney heard that he loves police officers, he reached out at the last minute to rally support for a police drive-by at the hospital, as Jacob is too weak for visitation. Numerous departments answered the call including, Whitman, Norfolk, Cambridge, UMass, Seekonk, Sharon, Abington, West Bridgewater, and Bridgewater State, among others.

Trooper Chris Zegna out of the Brighton barracks, who was on a day off, joined the caravan early this morning. He was later joined by two members of the Troop A Community Action Team, Trooper David Strong and Taylor Robidoux.

If you want to send Jacob a card, it can be mailed to:

Information and photos courtesy of Stoughton PD and MSP