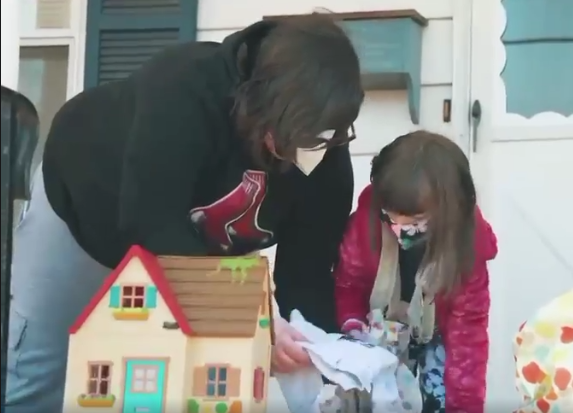 According to Massachusetts State Police, in February of this year Eyvie and her father were involved in a serious crash. The father was killed in the crash. Eighteen months prior, the Eyvie’s mother died unexpectedly in her sleep. The child now lives with grandparents in Windsor, Connecticut.

The New Hampshire State Police raised more than $1,000 to purchase an iPad for the girl, and also filled an Easter Basket with other goodies. 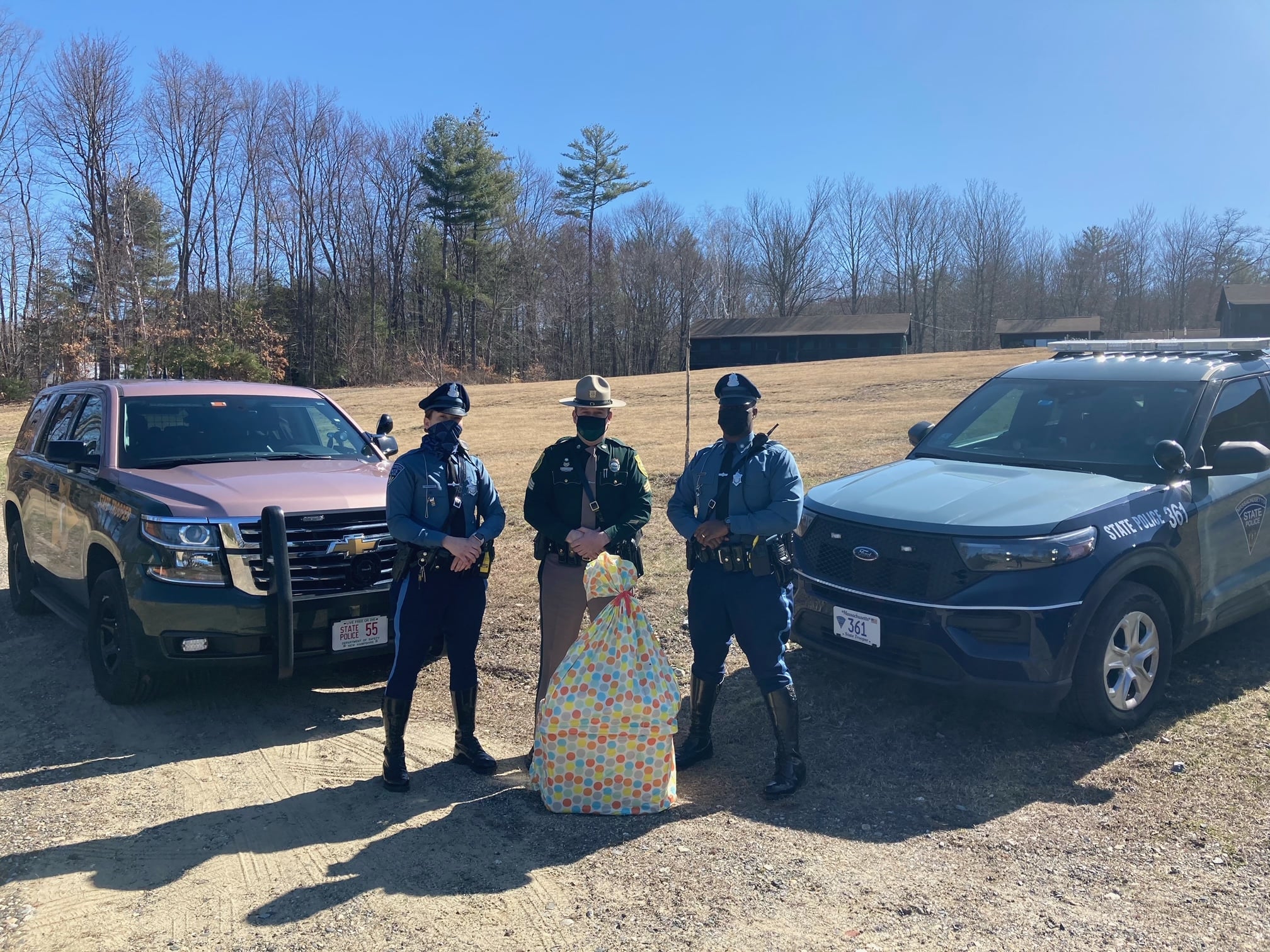 The New Hampshire State Police weren’t able to make the trip to Connecticut, but they wanted to make sure a few special presents made their way to their friend Eyvie. New Hampshire State Troopers passed Eyvie’s gifts to the Massachusetts State Police who then met with Connecticut State Troopers from the Traffic Services Unit, Public Information Office, and the Connecticut D.A.R.E. Program to coordinate the delivery to Eyvie this morning.

A spokesperson for Connecticut State Police said that Evyie is an amazingly strong and resilient girl and they were honored she shared her bright smile with them on Saturday.