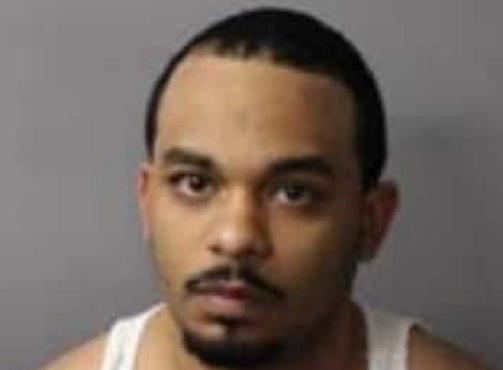 Police arrested and charged a man on multiple vehicle and drug charges last week after he allegedly fled from police, crashed his car and fled the scene on foot.

According to Chief Paul O’Brien, on Tuesday, March 8 at approximately 2:30 p.m., East Bridgewater Police Detective Ryan Cramer observed a vehicle traveling at a high rate of speed that failed to stop at a stop sign in the area of Laurel Street and West Union Street. During the ensuing traffic stop Detective Cramer spoke to the driver, later identified as 27-year-old Demetric McNeil of Bridgewater, who refused to exit the vehicle when asked.

After repeatedly being asked to exit the vehicle, McNeil then allegedly shifted the car into drive and drove away at a high rate of speed, nearly striking Detective Cramer with the vehicle.

Police located McNeil in the wooded area minutes later and he was placed under arrest without further incident.

Upon a further search of McNeil’s vehicle, officers found and seized approximately 283 grams of suspected Marijuana pre-packaged in 46 separate baggies, $675 dollars in cash, and other paraphernalia consistent with the selling of drugs.

McNeil was charged with Assault with a Dangerous Weapon (Motor Vehicle), Reckless Operation of a Motor Vehicle, Failure to Stop for Police, Resisting Arrest, Possession with Intent to Distribute Class D Substance (Marijuana), Failure to Stop at a Stop Sign, and Speeding.

McNeil was arraigned in Brockton District Court on Wednesday, March 9.