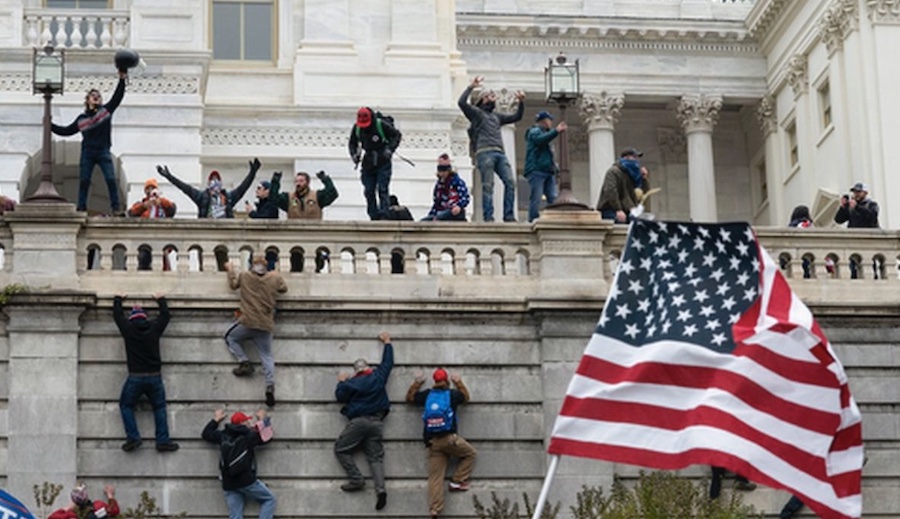 A Massachusetts man was arrested Friday for assaulting law enforcement during the breach of the U.S. Capitol on Jan. 6, 2021, which disrupted a joint session of the U.S. Congress that was in the process of ascertaining and counting the electoral votes related to the presidential election.

According to court documents, on Jan. 6, from at least 4:11 p.m. to at least 4:25 p.m., Gillespie was among rioters in the Lower West Terrance of the Capitol who engaged in pushing, shoving, yelling, and fighting with law enforcement officers. He struggled his way through the crowd, eventually maneuvering through the rioters to the line of police officers defending the Lower West Terrace’s exterior door. At one point, he gained control of a police shield as he approached the officers. Gillespie used the shield to ram the law enforcement officers, continuing to scream “traitor” and “treason” at the police. He also grabbed a law enforcement officer by the arm and attempted to pull him into the crowd.

In the 13 months since Jan. 6, more than 750 individuals have been arrested in nearly all 50 states for crimes related to the breach of the U.S. Capitol, including over 235 individuals charged with assaulting or impeding law enforcement. The investigation remains ongoing.

An indictment or complaint is merely an allegation, and all defendants are presumed innocent until proven guilty beyond a reasonable doubt in a court of law.