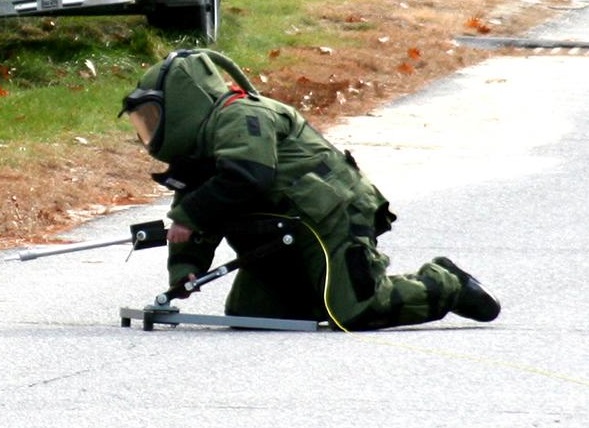 A Massachusetts man reportedly threatened to blow up a southern Massachusetts restaurant Friday after leaving a suspicious package behind.

The reporting party stated that a subject, later identified as 29-year-old Eduardo Filho of Oaks Bluff, had left a travel bag at the restaurant and then called the restaurant stating that if anyone touched the bag, he would make it explode. Out of an abundance of caution, the Barnstable Patrol Force along with the Hyannis Fire Department, Yarmouth Police Department, and the Massachusetts State Police evacuated the immediate area and notified the State Police Bomb Squad. The State Police Bomb Squad was able to examine the package and determine there were no explosive materials or devices present.

Filho was located by the State Police on Martha’s Vineyard and was taken into custody. The Barnstable County Sheriff’s Office assisted by transporting Filho back to Cape Cod via their Safe Boat S-300 where he was then transported to the Barnstable Police Department and booked on charges of Making a Terroristic Threat and Use of a Hoax Device.

Filho was held on $25,000 bail and will be arraigned at Barnstable District Court on Monday.