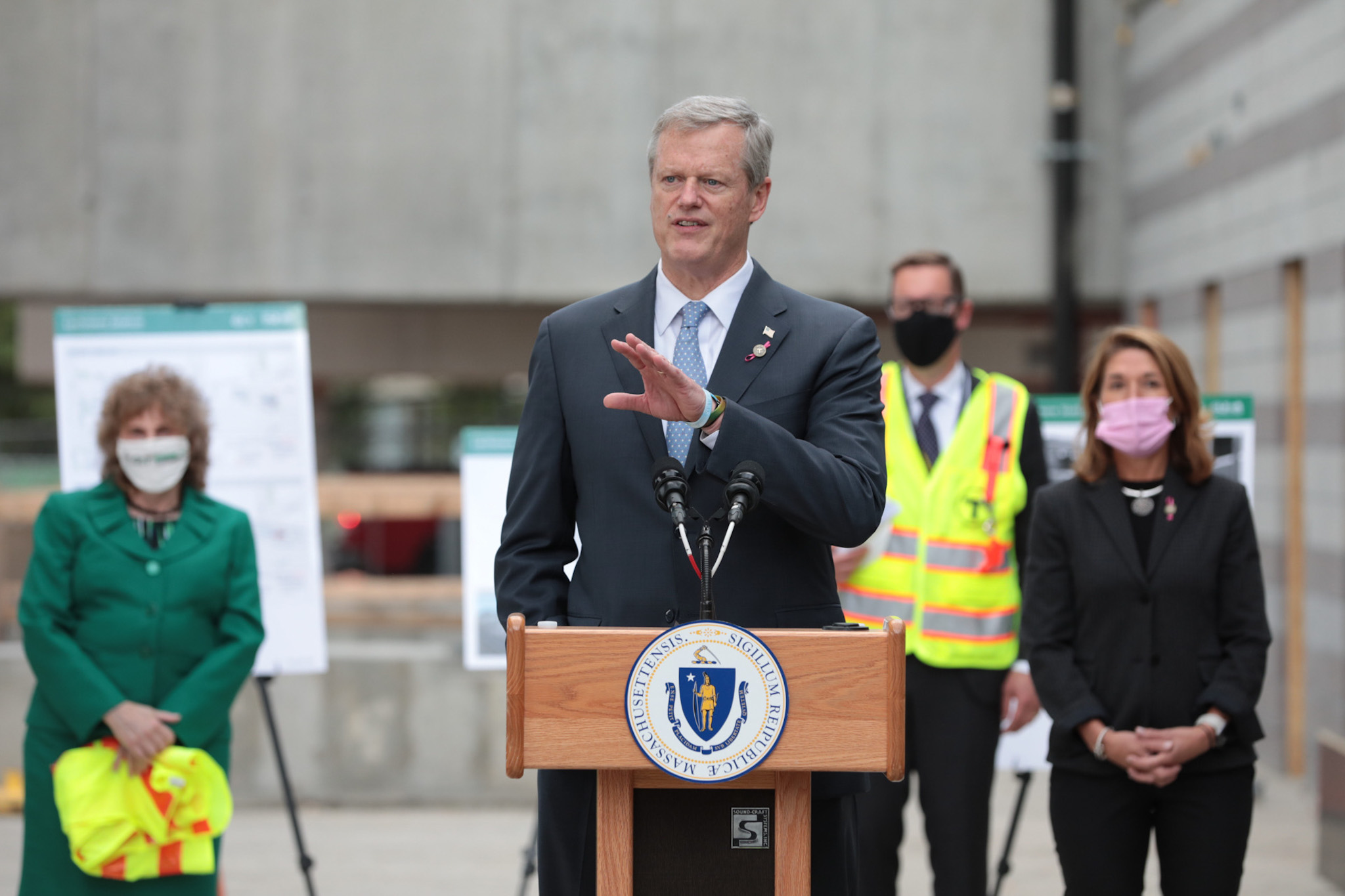 OCT. 20, 2020…..Adults over 65 will join frontline health care workers, residents with underlying medical conditions that increase their risks from COVID-19, and other essential workers as the first to qualify for COVID-19 vaccines in Massachusetts, the Baker administration said Tuesday.

During a visit to a new Suffolk Downs testing facility Tuesday, Gov. Charlie Baker outlined a rough sketch of the state’s draft plan for distributing an inoculation for the highly infectious virus once it becomes available.

The plan was submitted by the administration to the federal Centers for Disease Control and Prevention last week.

“The plan also outlines our messaging efforts to make sure people know, once there is a vaccine available, that it has been approved by the federal government and is safe and effective,” Baker said. “We’ll also make it a priority to reach out specifically to groups that have been disproportionately impacted by COVID-19, including people and communities of color.”

Massachusetts can expect between 20,000 and 60,000 doses of a vaccine in the first phase of distribution, according to the plan.

Those on the other end of the age range appear to be driving the most significant chunk of new infections: over the past two weeks, young adults between 20 and 39 represented the highest positive test rate in the state.

The rising infection numbers — higher on Monday than any day since May, albeit with far more tests conducted — prompted Baker and his top deputies to renew their warnings Tuesday against large gatherings and other unregulated social events.

Asked if the uptick in cases would prompt him to scale back reopening, Baker told reporters that most of the recent growth in infections has come not from dining or other public activities, but instead from “informal events and social gatherings.”

“Those are the places and spaces where, if people are asymptomatic, they will give it to somebody else, and neither of them are wearing a mask, and they’re engaged in close contact over an extended period of time,” Baker said. “That’s exactly what happens when people get together to have a house party or a backyard party or some other celebration — the kinds of stuff we used to do, once upon a time, as a matter of course almost every weekend.”

In recent weeks, the state’s COVID enforcement team has observed several private parties bringing together dozens or hundreds of people — often young — in close quarters and with spotty use of masks, according to Health and Human Services Secretary Marylou Sudders.

One event in Everett last month “attracted more than 300 people,” she said.

“Typically, these are held on private property, away from all of our eyes, without the owner’s permission,” Sudders said.

Authorities have in some cases broken up events in progress, citing the state’s ban on large gatherings, or prevented them from taking place.

Both Sudders and Revere Mayor Brian Arrigo pointed to a party that individuals allegedly attempted to organize in the city for Oct. 10. After noticing promotion of the event on social media, State Police contacted those behind the effort and warned them that going through with it would violate COVID regulations.

Arrigo said during the press conference that an individual was arrested in connection with the incident, though a State Police spokesperson told the News Service the arrest was due to an outstanding warrant “unrelated to COVID guideline violations.”

The defendant, 21-year-old Felipe Moreira Oliveria of Chelsea, was arrested on a warrant for malicious damage to a motor vehicle, Massachusetts State Police spokesperson David Procopio wrote in an email.

“We are assisting the COVID command center in identifying organizers of large-scale events that violate the state’s COVID restrictions on large gatherings,” Procopio said. “As part of that mission we recently identified and located two young adult males who were separately planning rave-type gatherings. We made contact with both men and advised them that the events they were planning were in violation of the state COVID order and instructed them to cease and desist planning and advertising those events. In the process of doing that we determined that one of the young men was the subject of an outstanding criminal warrant unrelated to COVID restrictions.”

Baker said during the press conference that those between the ages of 19 and 39 represent “where the vast majority of the increase in positive tests has been happening.”

According to weekly data published by the Department of Public Health, the 20-to-29 and 30-to-39 age groups posted the second- and third-largest increases in total cases between Sept. 2 and Oct. 14 — lagging only the 0-to-19 group.

Altogether, individuals between 20 and 39 represented about 37 percent of total cases in the past two weeks tracked in the DPH’s Oct. 14 report.

As infections trend upward, some local officials have increased their efforts to crack down on the kinds of activities — particularly maskless and in close quarters — that health experts warn are most likely to contribute to viral spread.