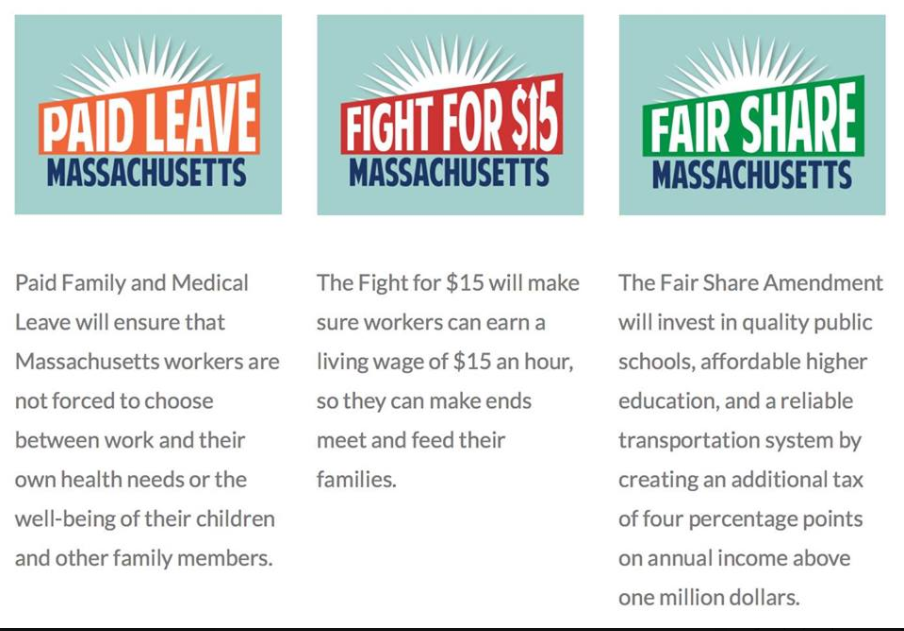 Photo courtesy of Raise Up Massachusetts

A group called Raise Up Massachusetts is collecting signatures to have a $15 minimum wage be put on the November 2018 ballot.

The group, who considers themselves a coalition working to improve economic and social justice in Massachusetts, contends that too many working Massachusetts residents don’t make enough to support their families.

The ballot question would increase the minimum wage $1 a year until it hits the $15 mark.

In 2014, lawmakers faced the ballot campaign that approved the current minimum of $11. Could we see a passage this time as well?

Massachusetts currently has the highest minimum wage in the United States. Some feel another increase will drive business away and mean less hours for low wage workers, while others point to the high cost of living in the state.