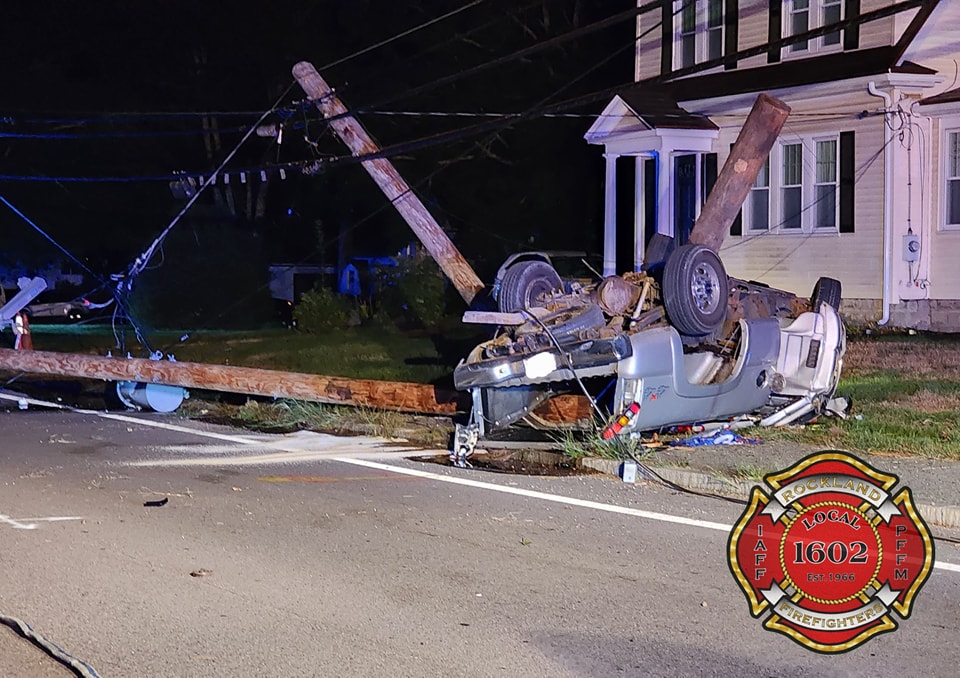 A driver in Massachusetts was taken to the hospital after crashing through multiple telephone poles.

According to the Rockland Fire Department, just before midnight last night, Rockland Firefighters responded to a single vehicle accident in the area of 639 Market Street.

When firefighters arrived on scene, they found a pickup truck on its roof that had struck 2 telephone poles and had gasoline leaking from the truck and oil leaking from the electric transformer.

Power was out in the area from the downed poles.

The operator of the truck had self-extricated prior to the arrival of the fire department and was transported to the hospital for evaluation.

Firefighters remained on scene for several hours. Mass DEP was notified, and Clean Harbors was called by National Grid to clean up the spill.

The accident is under investigation by Rockland Police. No further information was released.