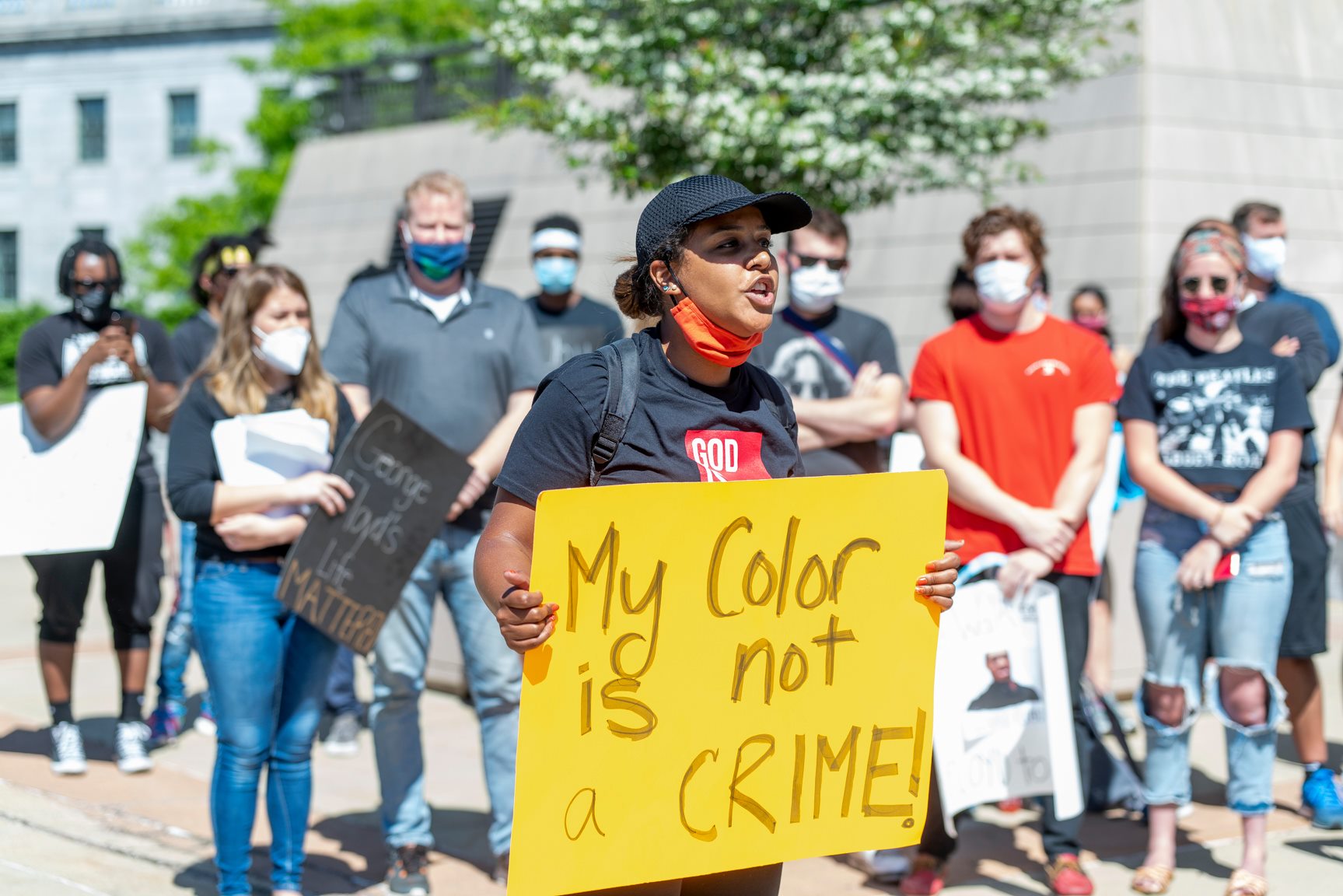 Somerville Mayor Joseph Curtatone announced Wednesday that the City of Somerville will continue ongoing efforts to deliver what he called just, unbiased, and compassionate policing to the community via a number of new initiatives and efforts that draw from policy platforms developed by Campaign Zero and the 10-point plan released yesterday by Congresswoman Ayanna Pressley and other elected officials of color in Massachusetts:

1. Declaration of a local state of emergency officially deeming systemic racism a threat to public health and safety.

2. Establishment of an independent, civilian oversight structure of the Somerville Police Department with membership representative of the community’s diversity.

3. Launch of immediate efforts to eliminate the inherent conflicts of interest arising from police officers internally investigating allegations of misconduct by fellow officers: City has filed a petition to remove the internal investigation oversight position from Somerville Police Superior Officers Association (one of two police unions).

4. A call for the creation of an independent special prosecutor at the state level to review and where appropriate to prosecute cases of potentially criminal police misconduct rather than leaving this authority with county district attorneys.

5. Submission of a resolution to the City Council reiterating the critical need to implement body-worn cameras in the Police Department, an initiative the City has been pursuing with police union leadership since 2015.

6. Instituting asset forfeiture funding policies that limit the use of these monies to two purposes: a) to provide prevention and substance use recovery, mental and behavioral health, and other services and resources — primarily through the City’s Community Outreach, Health and Recovery (COHR) Office — to support residents and divert them from the criminal justice system; and

8. A call for statewide action to address the gaping deficiencies of the Civil Service system combined with local civilian review of whether the Somerville Police Department (SPD) should pursue legislative action to depart from the Civil Service system in order to ease the City’s ability to hire and promote officers who reflect the community’s values and diversity and who have the skills necessary for policing in the 21st century.

9. A commitment to further demilitarization and an end to Somerville’s participation in federal military weaponry distribution to local police departments, which the Somerville Police Department already significantly curtailed in recent years.

10. A commitment to diligently and persistently pursue further reforms.

“No one should fear for their lives because of the color of their skin. No one should have to grieve the loss of a loved one, friend, or stranger who died because they were black. No one should have to fear those who are sworn to protect and serve,” said Mayor Joseph A. Curtatone. “We have long been striving to develop and uphold the highest standards of fair, safe, just, and compassionate community policing in Somerville. These initiatives are neither the beginning nor the end of this vital effort. They are an intensification, one that every city, town, and state––as well as our nation––must commit to.”

“We have been systematically transforming our approach to policing from an outdated model focused on arrests to one that acknowledges and responds to the needs of the community and is focused on compassion, de-escalation, and crisis intervention. I’m proud that our officers are committed to continually evolving how we protect the health and welfare of our community. But we have more work to do,” said Somerville Police Chief David Fallon. “These steps will help us continue on that path so that we can not only fairly and safely protect and serve but so that we can also continue to strive to earn and maintain community trust daily in our every action.”

At the City Council’s next meeting, on Thursday, June 11, Mayor Curtatone will submit a resolution reiterating the critical need for officers to wear and use body cameras and reaffirm the City’s commitment to push for body cameras with the City’s police unions. The Mayor will seek City Council and School Committee support of the resolution.

“For more than five years, the City has been fighting to get body cameras for our officers, but State laws, arbitrators, and union leadership have stood in the way despite the vital need for this reform and indications that it is supported by rank and file officers,” said Mayor Curtatone. “So we are going to get back to the table, we are going back zealously, and we expect union leadership to put the public safety of the community we all serve first and do the right thing. Body cameras are an absolute. They must become a standard part of police work.”