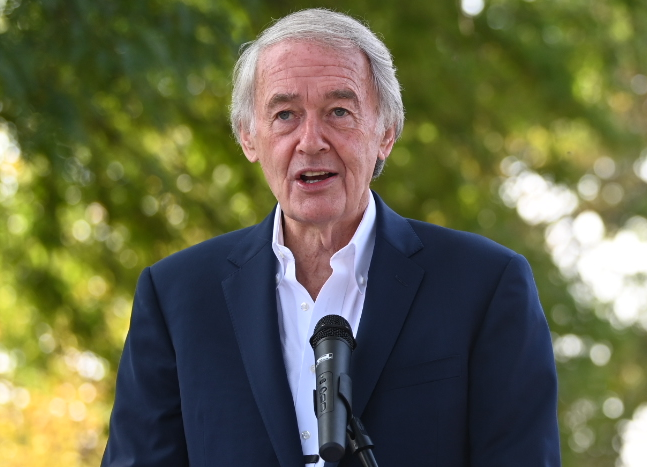 U.S. Senator Edward Markey spoke at a rally Saturday to urge Beacon Hill to pass a bill that would allow people to obtain a Massachusetts driver’s license without proof of being present legally as long as they meet qualifications including residency, date of birth, and proof of identity.

The Driving Families Forward Coalition and others marched to the State House beginning at 2:00 p.m. as part of the “Let Our Families Drive” march and rally.

The group stated that “after months of organizing, many Black and Brown immigrant families continue to live in fear of deportation for driving without a license. ALL families deserve the right to move freely in our state, regardless of status.”

Several of the speakers demanded the right to drive for all and stated that a driver’s license is not a luxury, but a necessity.

The Committee on Transportation reported the bill favorably in April to the Senate Ways and Means Committee.

Immigrant rights groups petitioned lawmakers on Beacon Hill in July to add previsions from the bill into the police reform bill that was passed in the Senate.