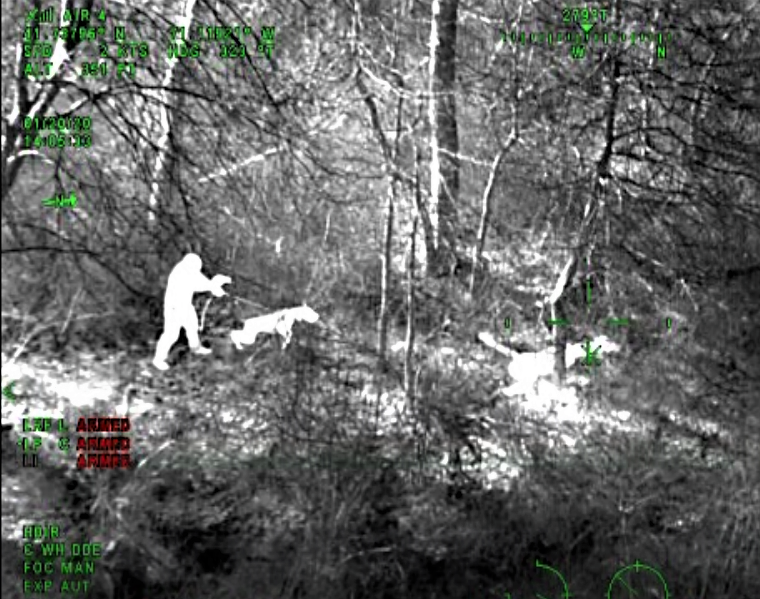 A manhunt in Fall River, after a domestic violence incident, led to an arrest with the help of the Massachusetts State Police Air Wing.

According to Dave Procopio of Massachusetts State Police, on the afternoon of January 20th, patrols from State Police-Dartmouth and the MSP Air Wing, assisted Fall River Police in searching for a domestic violence suspect who fled the scene of his offense and was last seen running across Route 24 and into the woods near Wilson Road.

Haston Jr was taken into custody and charged by Fall River Police.

According to scanner transmissions, a call to dispatch took place just after 1:00 p.m. for Blount Seafood at 630 Currant Road.

Here is footage, courtesy of the MSP helicopter, which depicts the capture by a Fall River Police K9 unit after the Air Crew located the suspect. The footage switches between infrared and normal view.