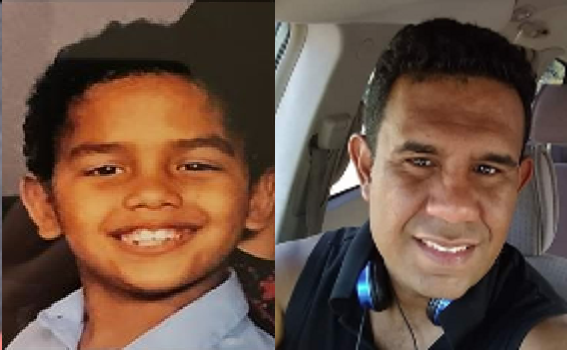 New York State Police announce that a boy who had been kidnapped has been found.

Shortly after midnight on May 8, 2020, State Police from the Clifton Park barracks responded to a disturbance at the Twin Lake Apartments in Halfmoon. Upon arrival, Troopers located a female subject who had taken refuge in a vacant apartment near her residence following a domestic dispute. Investigation at the scene determined that the female and a 6-year-old child had been at their home when Nivaldo Oliveira forced his way into the residence by breaking a downstairs window.

The female victim barricaded herself and the child in an upstairs bedroom, but Oliveira broke the door and chased the female, menacing her with a hammer. The female jumped out of a second-floor window, sustaining injury to her ankle and was able to hide in a vacant apartment until police arrived. The 6-year-old child was not harmed, and Oliveira left the scene.

Oliveira then drove to Tallow Wood Drive in the Town of Clifton Park and forced his way into a relative’s residence where his son Gustavo Oliveira was staying and forcefully removed him.

After an Amber Alert activation, the New York State Police, with the assistance of law enforcement partners and the public, followed numerous leads throughout the day. Shortly after 9:00 p.m., Gustavo was located unharmed in the City of Albany.

Gustavo was found after Albany residents recognized the boy and his father from the Amber Alert and called police. The pair were located in the area of Livingston Ave. and Ontario Street, and Nivaldo Oliveira was taken into custody by the Albany Police Department, and turned over to the New York State Police. Gustavo Oliveira was returned safely to his mother.

After being treated at Albany Medical Center for minor injuries sustained while attempting to avoid apprehension, Nivaldo Oliveira was arraigned in the town of Halfmoon Court and remanded to Saratoga County Jail in lieu of $210,000 cash, $420,000 secured bond or $630,000 unsecured bond.

It had been reported that Oliveira had ties to several Massachusetts communities.