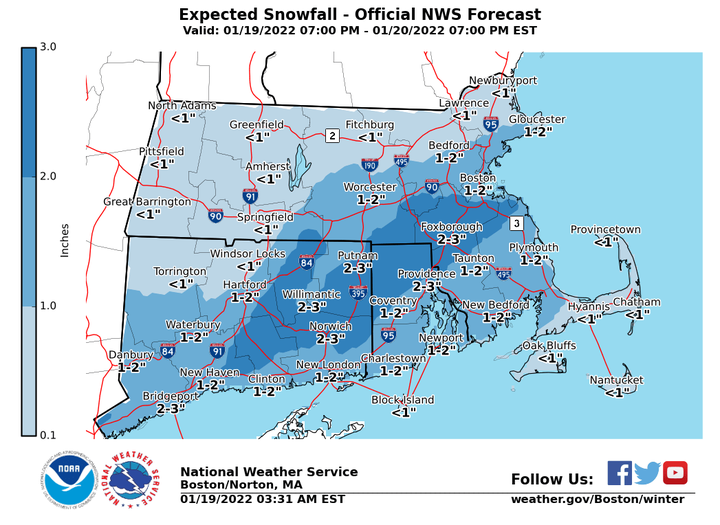 While it certainly won’t be the biggest storm the area has seen, a messy and windy commute is expected for tomorrow morning.

Tonight
Rain, mainly after 4am. Low around 34. Southwest wind 5 to 14 mph, with gusts as high as 29 mph. Chance of precipitation is 80%. New precipitation amounts of less than a tenth of an inch possible.

Thursday
Rain and snow before 2pm, then a chance of snow between 2pm and 3pm. Temperature falling to around 29 by 5pm. Northwest wind 5 to 9 mph, with gusts as high as 23 mph. Chance of precipitation is 100%. New snow accumulation of 1 to 2 inches possible.

Thursday Night
Mostly cloudy, with a low around 10. Wind chill values as low as -2. North wind 8 to 13 mph.