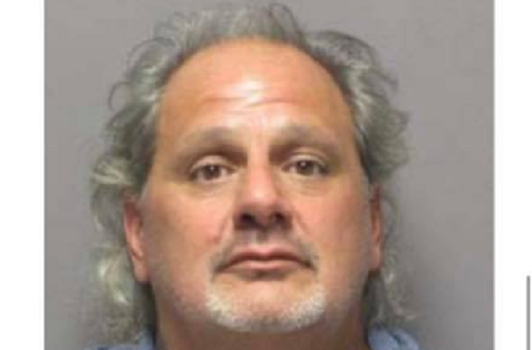 Colonel Michael Winquist, Chief of the Cranston Police Department, announces the arrest of a repeat offender for Breaking and Entering into a home on Greene Avenue.

On October 9th at approximately 2:30pm the Cranston Police received a report of a Breaking and Entering in progress on Greene Avenue with a juvenile female resident still in the home. The juvenile female was able to run out of the house to a safe location while the intruder went through the home. The suspect fled prior to police arrival and several items were taken from the home by the suspect.

Cranston Police Patrol Officers, Detectives and Dispatchers were able to analyze and retrieve valuable footage from area surveillance cameras, which recorded the suspect vehicle and made a positive identification of a black Ford Escape. Further investigation led police to arrest John J. Sarandrea, age 50, of 28 Alto Street, Cranston, RI for the Breaking & Entering at 51 Greene Avenue. Several items were recovered from the break, however detectives are continuing the investigation to recover other personal items to include identifiable jewelry.

Anyone who had any contact with Sarandrea during this time frame of October 9th thru October 10th or possesses any information is urged to contact the Cranston Police Detective Division at 401-942-2211.

Sarandrea has a long criminal history and has been arrested in other communities for Breaking and Entering, as a result he is a probation violator on numerous separate cases. He was arraigned in Kent County 3rd District Court where he was held pending his violation hearing and will be due in Kent County Superior Court for the parole violation hearing on October 24, 2019.

“Today surveillance cameras are playing a vital role in assisting law enforcement and the cooperation with the community in sharing their footage with us has been critical in many cases to include this case, by making identifications and providing key evidence in the prosecution of criminal activity. The assistance provided by the community continues to be a great partnership and we urge everyone to continue to enroll in our camera registry online,” stated Major Todd Patalano.