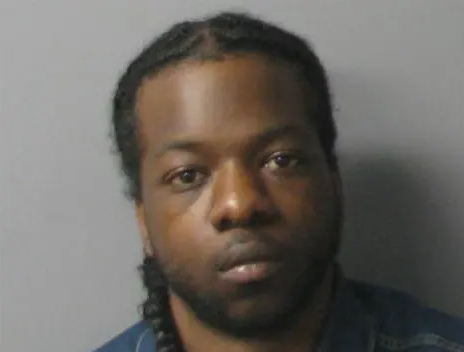 An investigation was launched and East Bridgewater Police suspected the individual to be sending sexually explicit messages to minors as well as offering them drugs and alcohol in exchange for sex acts.

On Wednesday, March 10, an East Bridgewater Police officer began exchanging messages with the individual via Snapchat using an undercover account, under the guise that the officer was a female minor. Multiple attempts were made to arrange a face-to-face meeting, which were initially unsuccessful, however messages were exchanged by the suspect that included explicit pictures and requests to exchange drugs for sex acts.

On Tuesday, March 23, the officer received a Snapchat message on the undercover account from the same individual implying that the suspect wanted to meet in person. The suspect once again offered drugs in exchange for sex acts. A predetermined location in East Bridgewater was agreed upon. The individual confirmed that he would be at the location at approximately noon, and officers arrived on scene prior to the suspect’s arrival in unmarked vehicles.

At approximately noon, officers observed a black Nissan Rogue pull into the parking lot. The operator of the vehicle was a young black male. The man who sent the explicit images via Snapchat was also believed to be a young black male. At this time, officers in multiple vehicles turned on their sirens and others approached the vehicle on foot. This included plain clothes officers displaying badges and uniformed officers in marked cruisers.

The operator of the vehicle allegedly attempted to flee the scene, despite officers instructing him to stop. The driver eventually slowed down, and officers opened the vehicle’s door and put the vehicle in park. The driver was then seen manipulating his cell phone, which officers believed was indication that he was trying to destroy evidence. The driver continued to actively resist, but officers soon controlled the driver to the ground, placing him in handcuffs and seizing the cell phone.

The driver was identified as 27-year-old Jacari McConnico-Redric of Quincy, and was placed under arrest.

Officers subsequently sought and obtained a warrant to search MCCONNICO-REDRIC’s vehicle. Inside the vehicle, officers found several marijuana edibles and boxes of disposable nicotine vape pens that were in line with the arrangement the undercover officer had made with the suspect on Snapchat.

McConnico-Redric was arraigned in Brockton District Court on Wednesday, March 24.

“This investigation was the product of terrific police work done by several officers, most notably our undercover officer,” Chief O’Brien said. “Extensive training in identifying and dealing with potentially dangerous and criminal activity on social media led to the arrest of someone we believe was targeting young girls and is a serious predator in our community. It is vitally important that parents speak to their children about the dangers of social media and parents should be closely monitoring their children’s activities on the internet and on social media platforms.”