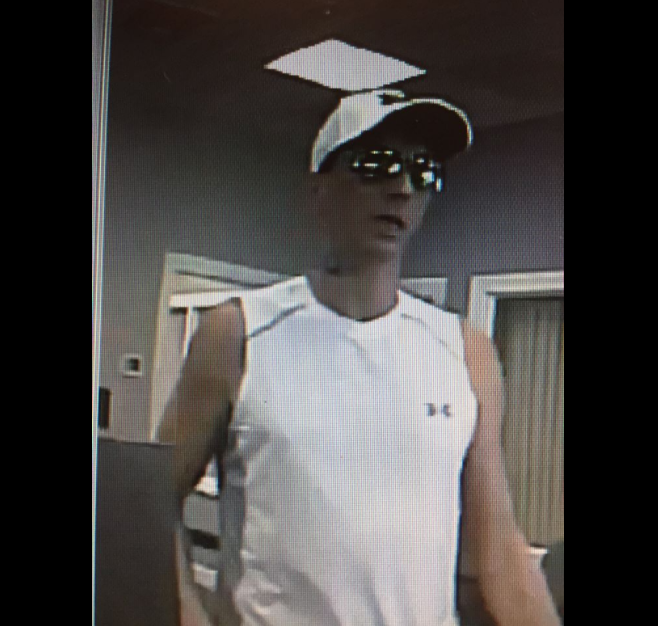 On Tuesday, the Taunton Police Department responded to Mechanics Cooperative Bank on 75 County Street in Taunton. Multiple Officers responded. The suspect had exited the bank and ran south down County Street. He is still at large.

The suspect is described as a white male in his late 20’s to early 30’s. He was wearing a white under armor sleeveless shirt with a gray back. He also had on gray basketball style shorts and an under armor white baseball cap. He was wearing sunglasses.
He is described 5’10” with a slim build. He has brown hair, cleaned shaved and has a bottom front tooth missing.

Anyone who can identify the suspect is encouraged to contact Detective Kramer of the Taunton Police Detective Division at 508-8211475.