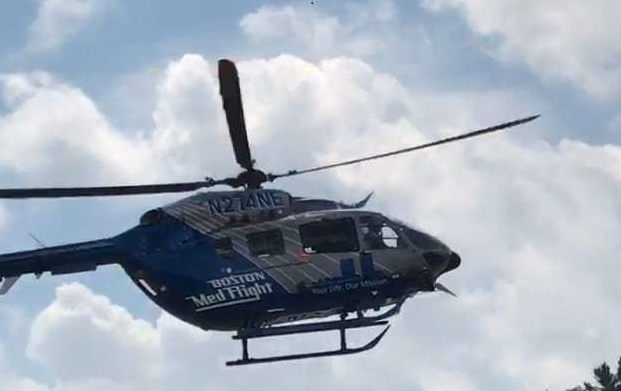 A man was medflighted to the hospital Friday after being found with crushing injuries in a trash truck Friday.

According to NBC 10, a trash truck driver saw a hand sticking out while he was on Route 9 eastbound in Framingham.

The 38-year-old man had reportedly fallen in a dumpster to get something when the dumpster was emptied. The driver of the truck compacted the trash one time while the man was unknowingly in the truck.

According to scanner transmissions, the victim was sent by medflight to Boston Medical Center after being crushed.

The man was reportedly purple at the time he was found and his current condition is not known.