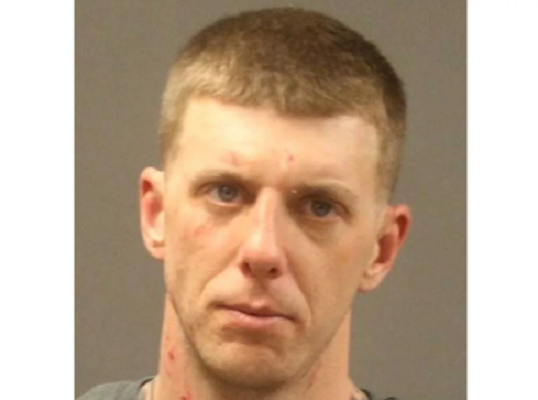 A Massachusetts man was arrested Thursday on some disturbing charges.

According to the Quincy Police, on February 3, officers were dispatched to a residence after communications received an emergency 9-1-1 call from a neighbor that a female was outside screaming for help.

Officers arrived within minutes of the call and observed that all was quiet. They immediately began speaking with neighbors and learned that a man had approached a female from behind, covered her mouth, and forcibly dragged her into an apartment. The witness pointed to the door of the apartment. Sgt. Duggan, who had arrived on scene, along with Officers S. Cleary, C. Donovan, and A. Minton, forced entry into the locked apartment. Officers located a female victim and her boyfriend inside the residence. Officers immediately began rendering aid to the victim who was unresponsive, lying motionless on the bed. She had agonal breathing and red marks on her throat. Medics from Brewster Ambulance had arrived on scene, rendered aid, and transported her to Boston Medical Center.

Detectives learned that the victim’s boyfriend had held her against her will for the last week. Fearing for her safety, she jumped from a second story window to escape.

The suspect, Matthew McAuliffe, 32, of Quincy, was arrested and transported to the Quincy Police Department. He was arraigned in Quincy District Court Friday morning, on the charges of Assault to Murder, Aggravated Assault & Battery, Strangulation, Assault & Battery on an Intimate Partner, and Kidnapping. He is being held pending a dangerousness hearing.

The Quincy Police Department commended the neighbor for possibly saving the victim from death.

“We want to publicly commend the neighbors for getting involved. They did exactly what we would hope: they contacted 9-1-1 and observed from a safe location. They were able to provide us with information needed to quickly locate the victim. We truly believe their actions, coupled with the immediate actions of Sgt. Duggan, Officers Cleary, Officer Donovan, and Officer Minton, may very well have saved this young woman’s life”.