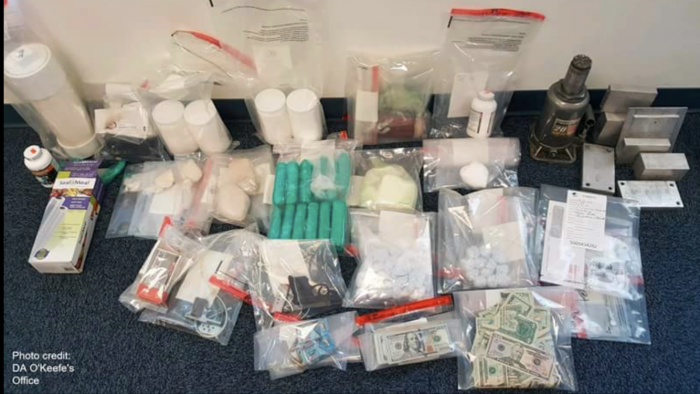 In March of 2017, the Massachusetts State Police Cape Cod Narcotics Task Force, Drug Administration’s Cape Cod Task Force, along with AUSA Eric Rosen, secured Federal Title III orders to intercept telephonic communications of the FRAGA brothers as well as their co-conspirators. During the course of the wiretap, investigators learned that James RAMIREZ of Dorchester was supplying the FRAGA brothers with large quantities of fentanyl, heroin and cocaine for further distribution. RAMIREZ delivered the drugs to the FRAGA brothers in Hyannis using vehicles specially outfitted with “hides” to conceal the drugs from law enforcement. The FRAGA brothers would then distribute the narcotics to lower level distributors and users that were identified through interceptions of the FRAGA phones.

On August 23, 2017, RAMIREZ was charged federally with one count of conspiracy to distribute and possess with intent to distribute heroin, fentanyl, and cocaine. Alex FRAGA, Kevin FRAGA and James RAMIREZ have each pled guilty to these charges and are awaiting sentencing.

Investigators have since established probable cause in State Court to arrest middle and lower level members of the FRAGA Drug Trafficking Organization. On November 21, 2017, officers of the Massachusetts State Police, the Massachusetts State Police Narcotics Task Force, Immigration and Customs Enforcement, the Barnstable County Sheriff’s Department and numerous Local Police Agencies arrested the following listed individuals with arrest warrants issued by the Barnstable and Falmouth District Courts for Conspiracy to Distribute a Class “A” substance (heroin).