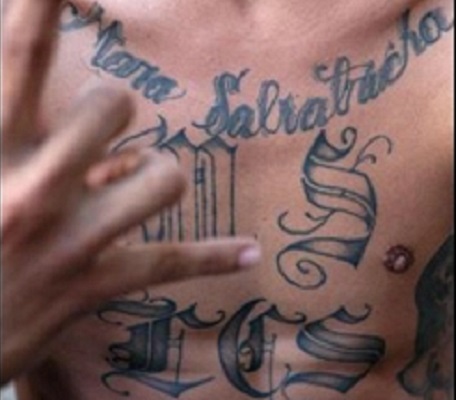 BOSTON – A member of MS-13 was sentenced today in federal court in Boston for RICO conspiracy and his participation in the July 2018 murder of a teenage boy in Lynn, who suffered at least 32 sharp force trauma wounds consistent with being stabbed repeatedly, along with blunt force injuries to the head.

Jonathan Tercero Yanes, a/k/a “Desalmado,” 24, a Salvadoran national, was sentenced by U.S. Senior District Court Judge Mark L. Wolf to 33 years in prison and five years of supervised release. In May 2021, Tercero Yanes pleaded guilty to one count of conspiracy to conduct enterprise affairs through a pattern of racketeering activity, also known as RICO conspiracy, on behalf of the MS-13 gang. As part of his plea, Tercero Yanes also admitted to participating in the 2018 murder of a teenager.

In November 2018, Tercero Yanes and five other MS-13 members of the Sykos clique were indicted following an investigation into the murder of a teenage boy, whose body was found in a park in Lynn on Aug. 2, 2018. The six defendants in this case included five participants in the murder, as well as one longstanding member of the Sykos clique. In a related case, the government charged a juvenile co-conspirator who was the sixth person involved in the murder.

The evidence in this case, which included a recording of one of Tercero Yanes’ co-defendants describing the murder in graphic detail, revealed that Tercero Yanes and five other MS-13 gang members murdered the victim based on their mistaken belief that he may have been assisting law enforcement.

On July 30, 2018, the gang members lured the victim to a playground and at least four of them were armed with knives. The group pretended to be friendly with the unsuspecting victim and took him to a wooded area of the park where they surrounded the victim and repeatedly stabbed him to death. At least four of the six assailants, including Tercero Yanes, stabbed the victim, while two others assisted at the scene. After killing the victim, the gang members left his body in the wooded area of the public park. An autopsy revealed that the victim suffered at least 32 sharp force trauma wounds consistent with being stabbed repeatedly, along with blunt force injuries to the head.

All six defendants indicted in this case, along with the juvenile charged in the related case, have pleaded guilty. Tercero Yanes is the second defendant to be sentenced in the case. Yesterday, Feb. 14, 2022, Erick Lopez Flores a/k/a Mayimbu was sentenced to 40 years in prison. Henri Salvador Gutierrez, a/k/a “Perverso,” is scheduled to be sentenced on Feb. 16, 2022 for RICO conspiracy and his participation in the July 2018 murder, as well as his participation in a December 2016 murder in East Boston. Djavier Duggins, a/k/a “Haze,” is scheduled to be sentenced for RICO conspiracy on Feb. 17, 2022. Sentencing hearings for the two remaining co-defendants, Eliseo Vaquerano Canas a/k/a “Peligroso” and Marlos Reyes a/k/a “Silencio” have not yet been scheduled by the Court.