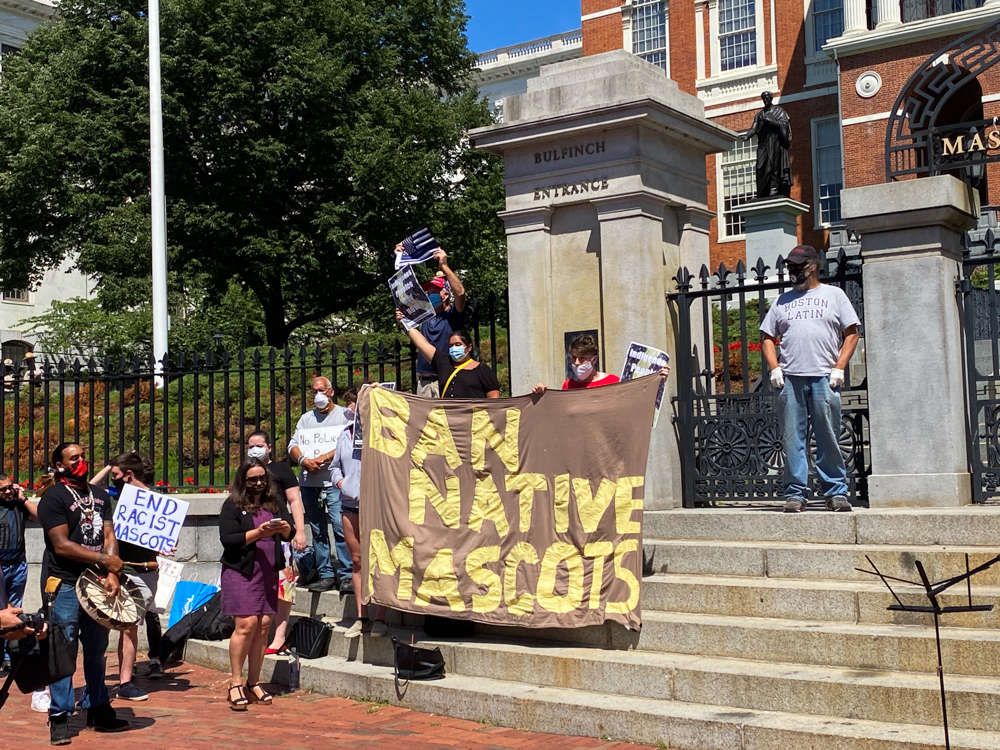 A group of Indigenous people, advocates, and lawmakers gathered outside the State House Thursday calling on the Legislature to redesign the state's flag and motto. [Chris Van Buskirk/SHNS]

STATE HOUSE, BOSTON, JULY 16, 2020…..In a moment that spoke to the political charge permeating throughout the state amid debate over racial justice and pandemic impacts, three distinct rallies entangled into a mass group of advocates on the State House steps Thursday with one group calling for a redesign of the state’s flag and motto out of respect for Native Americans.

The movement to replace the state’s motto and images on the flag seems to be growing as conversations on policing have also engulfed Beacon Hill. Indigenous people, advocates, and lawmakers took to the steps of the capitol to urge the Legislature to consider three bills that would replace the state flag and motto, ban Native American mascots, and refine laws around repatriation and disposition of Native American human remains.

Lewis said Senate Democrats planned at a midday caucus to discuss bills “to replace the seal and flag and to prohibit [Native American] images and mascots in our high schools.”

“It is now on the agenda for the state Senate,” he said in front of the State House.

Gov. Charlie Baker weighed in on the idea during a Thursday press conference inside the State House.

“There’s a conversation that’s going on in states and municipalities and in some cases, at the national level, about many symbols and historical emblems and if people here in Massachusetts want to pursue discussions with respect to some of those, we’d be open to talking to them about it,” he said. “Obviously, it’s the sort of thing that would have to be done in conjunction with our colleagues in the Legislature as well but we’d be open to those conversations.”

Among the trio of bills is a piece of legislation (S 1877 / H 2776) sponsored by Lewis that would establish a commission to recommend a revised state seal and motto by Dec. 2 in an attempt to remove features that could be conceived as harmful or misunderstood by state residents. 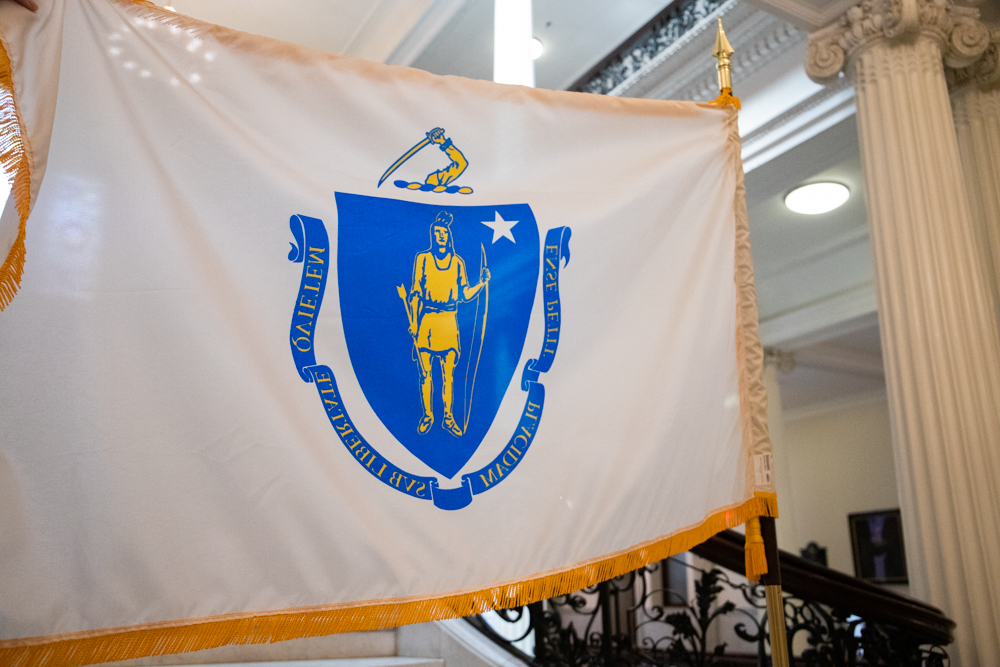 State law calls for the seal to include “a blue shield with an Indian thereon, dressed in a shirt, leggings and moccasins, holding in his right hand a bow, and in his left an arrow, pointed downward, all of gold.” [Chris Van Buskirk/SHNS]

Comerford described the current images on the state flag as depicting a Native American “not even based on tribes that have a historic presence in our commonwealth.” State law calls for a seal to include “a blue shield with an Indian thereon, dressed in a shirt, leggings and moccasins, holding in his right hand a bow, and in his left an arrow, pointed downward, all of gold.”

Another bill (S 247 / H 443) sponsored by Comerford would direct the state Board of Elementary and Secondary Education to create regulations barring public schools from using an athletics team name, logo, or mascot that refers to or represents Native Americans.

“What does that image say to our Native students, or Native residents, and everybody in the Commonwealth?” Comerford said. “It perpetuates racist stereotypes and white supremacy.”

Lakota Sioux Stefanie Salguero’s mother went looking to find her biological family after she was adopted by white people in 1967. She found her father who was a full Lakota Sioux Native American but realized he knew nothing about his culture.

“That is colonization. Even when she found her father, who was a Native American, he knew nothing, nothing to pass down to me. Nothing I can pass down to my children,” she said in front of the State House. “This is the success of colonization and the reason why we have to fight back. We cannot let this keep happening for generations to come.”

Sabadosa started to speak as a pro-police rally made its way across Beacon Street and onto the State House steps. A third group protesting an eviction moratorium extension came from Bowdoin Street toward the front of the State House. For a moment, Sabadosa paused her speech as the three groups intertwined.

After some of the chants died down, Sabadosa said people across the state have reached out to her asking why the commonwealth still has a “racist flag.”

“They have shown us pictures and drawings of what they envision as what the future of Massachusetts should be. And it should be inclusive,” she said. “It should be a future that represents the values that we purport to support, or at least some of us do.” 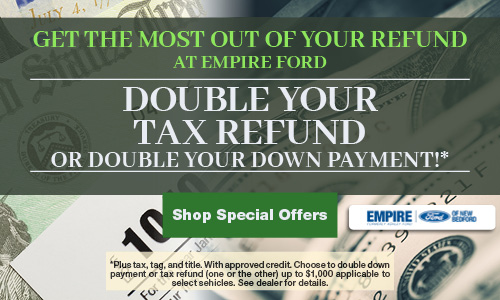