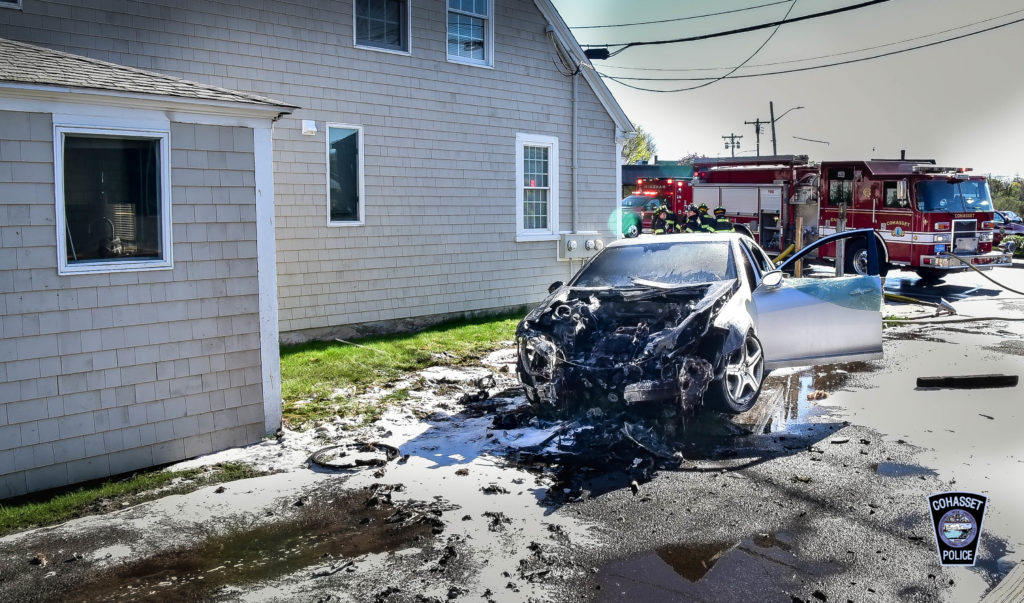 COHASSET — The Cohasset Police and Fire Departments responded to a serious, single-vehicle crash on Saturday, May 1 that left a woman with life-threatening injuries.

According to authorities, on Saturday at 4:20 p.m., police received numerous 911 calls reporting a single vehicle crash at the intersection of Hull Street and Jerusalem Road. The callers reported that a Mercedes Benz car took the intersection, known as West Corner, at a high rate of speed, struck a stone wall and burst into flames.

Police officers arrived within minutes to find the 2008 Mercedes, model undetermined, to be burning with the adult female driver trapped inside. The driver was removed from the burning car by witnesses and neighbors. She was treated by paramedics and transported by ambulance to a Boston hospital with serious, life-threatening injuries.

The driver was identified as a 65-year-old Cohasset woman. Police are not releasing her name at this time.

The Hingham Fire Department also responded to the scene to assist Cohasset Fire.

The car fire was extinguished by the Cohasset and Hingham Fire Departments with assistance from police officers on scene.

The crash is under investigation by the Cohasset Police Department. An initial on-scene investigation determined that speed and alcohol use were likely contributing factors in the crash.

The vehicle was considered a total loss and the stone wall sustained minor damage.