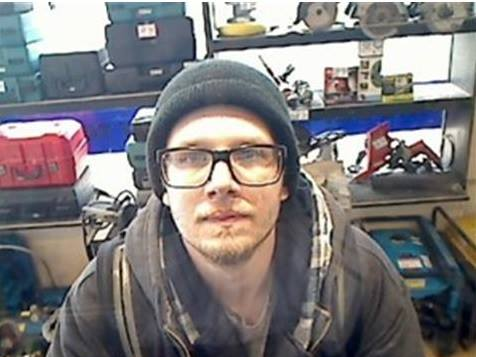 PROVIDENCE, RI – A man who stole a car in New Bedford, Mass., in April 2018 and then used it as his getaway vehicle after robbing a bank in Tiverton, R.I., pled guilty in federal court in Providence today to a bank robbery charge.

Appearing before U.S. District Court Judge John J. McConnell, Jr., Cody Toolis, 28, admitted to the Court that on April 2, 2018, he robbed a branch office of Bank Newport in Tiverton of $460.

According to court documents, a couple of hours prior to robbing the bank Toolis stole a vehicle from the home of a New Bedford woman. At approximately 9:15 AM, he entered the branch office of Bank Newport in Tiverton and handed a note to a teller that read, “Do not move, I have a gun, need $500 in 20’s, I am desperate.” The teller gave Toolis $460, after which time Toolis fled the bank. A witness told police she saw the robber leave the bank parking lot in a vehicle that police determined fit the description of the vehicle stolen in New Bedford.

As part of the investigation, Tiverton Police posted on social media a still-photograph taken from bank surveillance video of the robber. Various tips from the public and other police departments identified the person in the photograph as being Cody Toolis. One week later, on April 9, Toolis turned himself in to the Bristol, R.I., Police Department.

Toolis is scheduled to be sentenced by U.S. District Court Judge John J. McConnell, Jr., on November 5, 2018. Bank robbery is punishable by statutory penalties of up to 20 years imprisonment, 3 years supervised release and a fine of $250,000.

Toolis has also been accused of stealing an elderly woman’s purse in Dartmouth and another theft in New Bedford. Toolis has ties to several locations in the area including Fall River.