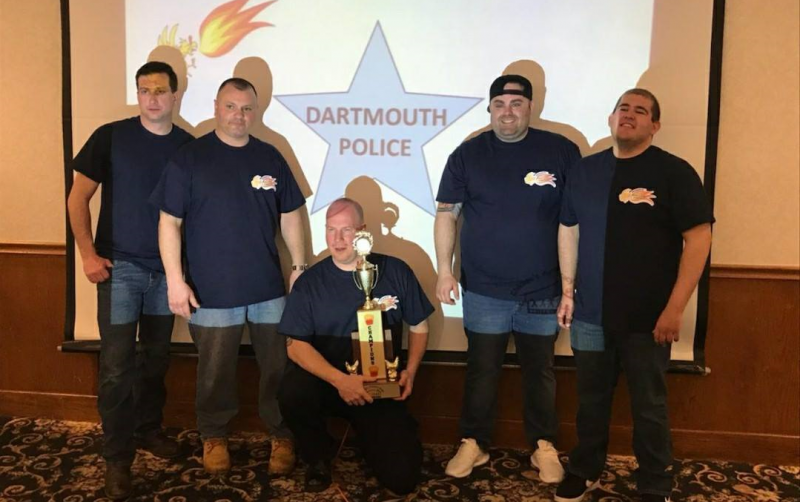 The annual contest pitted teams against each other in a bracket style format to see who could eat the most wings and become the champion, while also helping out a good cause. The event also held raffles and featured live music.

The contest benefitted the Children’s Advocacy Center of Bristol County and was a kickoff to April’s Child Abuse Prevention Month.

Dartmouth Police faced off against our own Fall River Police in the finals where Dartmouth became victorious.