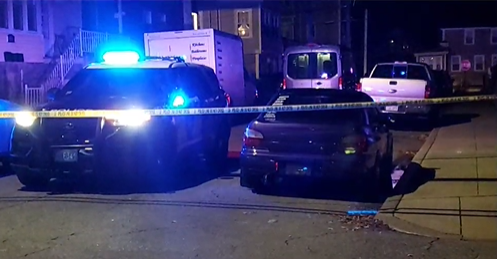 With the recent finding by the District Attorney that exonerated the two brave officers over the unfortunate death of the holed-up (alleged) domestic abuser, the residents of Fall River can rest easy, knowing that the majority of our very fine rank and file officers are ready to do what is necessary to not only protect the public, but to back each other up in any situation.

Kudos also to the DA, for doing a thorough investigation, despite the incredible ignorance that comes with social media hyperbole, as well as the pressure from all sides for answers.

The fact that all the local broadcast media chose to utilize inflammatory wording every time they “updated” this story, speaks volumes to the fact that they prefer to stoke the hate and vitriol of the public. Using words like “murder”, or “killing” to report such an unfortunate occurrence, which is exactly what they did, is typical of the fact that the MSM would prefer to be a part of the story rather than just report it.

I’ve been very vocal in the fact that the FRPD has a whole lot more very good, dedicated officers than not. If and when we are able to elect an honest, free-thinking CEO for the sixth floor, one who will disregard the “old boy” network, and one who will recognize that political interference in both the FRPD & FRFD, will continue to lead to the current disarray we see in the administration of both departments, we’ll have public servants in the true sense of the word. Hundreds of thousands spent year-in & year-out on overtime does nothing but add to the burden of the taxpayers, additional degradation of, and discontent in the ranks.

I’ll say it just like our ill-fated police captain, recently demoted for speaking the truth… just imagine if the “alleged” thug had just stood up & put his hands behind him, he’d likely be alive today.