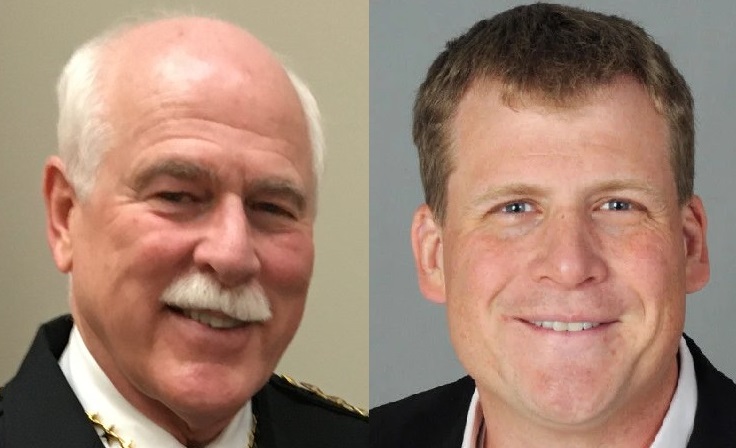 This fall, Bristol County voters will finally have a chance to elect a sheriff who will come to work each day and do a sheriff’s job. Professionally.

Paul Heroux, who has a bachelor’s in psychology, a master’s in criminology, and who has worked in the Pennsylvania prison system, promises to jam his foot in the revolving door of release and re-offense.

While the incumbent’s slogan “jail is not a country club” may appeal to some voters, his cruelty to inmates is actually counterproductive. Paul Heroux thinks we can do better. Instead of half-starving inmates, torturing addicts with “cold turkey” cessation, and abusing solitary confinement, Heroux thinks meaningful rehabilitation — education, counseling, medically assisted drug treatment, and post-release assistance — can make all the difference. Taxpayers also save money when fewer ex-offenders return to a $40,000 a year cell.

The incumbent is running on a record of 25 years of failure. His jail has among the worst suicide and recidivism rates in the state, and he has done little besides making a habit of attention-grabbing publicity stunts and personally participating in an unnecessary escalation of a jail protest that was so egregiously violent that it resulted in the loss of his prized 287(g) program with the Department of Homeland Security.

By contrast, Paul Heroux — a three-term mayor of Attleboro who has shepherded his city through a number of recent challenges — is just the guy to professionalize the job and make the office a humane public charge rather than a private patronage bazaar.

After 25 years of the incumbent’s mayhem, many of us would welcome almost any alternative. But Paul Heroux is not just any alternative. Heroux was trained for the job, has worked in the field, has a vision for positive change, and will be the first Bristol County sheriff in a quarter of a century actually working in the public interest.