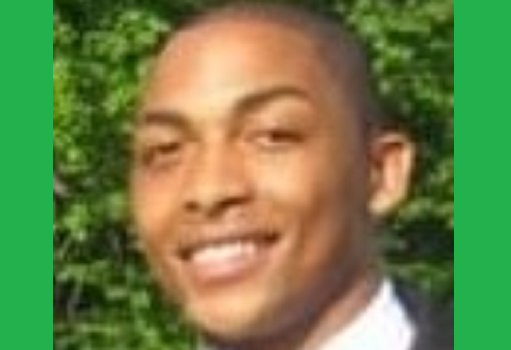 After the death of my brother, Anthony Harden, at the hands of two Fall River Police Officers, I can explain how Al Sharpton and Benjamin Crump have become an imperfect solution to an unjust justice system.

On November 22, 2021, my brother, Anthony Harden, was shot twice by a Fall River Police Officer while he was in his own bedroom. It has been approximately three weeks since my brother’s death, and neither I nor my family have received answers to our many questions. When you see all the marches and press conferences, it is important for people to understand how the families arrive at that point, which I (unfortunately) have some insight into now. With limited options, families have no choice, but to resort to the media in these situations.

A fair amount of background is necessary to understand how me and my family arrived at this point. On Monday, November 22, 2021, I had just started watching the Celtics play the Houston Rockets when my sister, Carola, called me hysterical and crying. She was at the Fall River Police Station and all she knew was that the police were questioning one of my brothers, Antone, and his twin brother, Anthony, was in the hospital. The police refused to disclose Anthony’s condition or even what happened to him.

I immediately rushed to the police station where me, my other brother, Carl, and my sister waited in the lobby for what seemed like forever, although it was probably between an hour and an hour and a half. There was activity all around us (including one officer saying, “there was a shooting in the city tonight”), but no one was willing to answer any of our questions. All they would tell us is that they did not want to tell us anything because they did not want to tell us something that was incorrect. In reality, however, Anthony had already passed away at the hospital.

Finally, someone (I do not remember his name or title) said they were ready to speak with us. We all sat at one end of the table, but the officer told us we needed to sit at the other end of the table because they needed to record the discussion. This was already a very intense situation, which suddenly became even more intense. Rather than telling us that Anthony had passed away, the officers proceeded to interview us. They asked us all sorts of questions, such as did he have any weapons, a gun, knives or whether he had any mental health issues. They also asked us if we knew who he was dating and what girl he had been with over the weekend. While we did not know the answers to many of the questions posed to us, we answered that there were knives in his apartment. To state the obvious, there were knives in his apartment because he ate and lived there. After they were done interviewing us, they finally informed us that Anthony had died due to being shot by a police officer during an altercation. They did not tell us any other information about the incident.

To the extent me and my family wanted to maintain some type of privacy about this situation, that decision was removed from us because the District Attorney immediately held a press conference on television before we could even leave the parking lot of the police station. We did not even have time to tell my other sister, who luckily was already sleeping. My wife, who I wanted to tell in person, found out on television that her brother-in-law had died. A matter we would have liked to have kept private, if only for a short period of time, was no longer private; instead, it was on television and circulating on social media.

Now, three weeks after Anthony was shot and killed in his own bedroom, we have not been told anything by the Fall River Police Department or the District Attorney. When I attempted to obtain the police report related to the police officers going to Anthony’s house, I was informed it could not be given to me and they could not tell me why I could not have it. I had the woman who made the complaint ask for her own police report and she was initially told she could not have it because she was a “witness.” A witness to what is unclear as she was not there when my brother was shot and to argue she is a witness to her own situation does not make much sense. To document the request, I had her email the Fall River Police Department and ask the Keeper of Records for the police report, to which she received the following response: “Unfortunately, I cannot release the report. It is under investigation. Have a nice day.”

We have retained an attorney, who has also made a number of requests to the Fall River Police Department. Although the Fall River Police Department provided us with some of their general policies and procedures, they refused to give us anything related to Anthony’s death. In response to each of those requests, they have given us the same response: “The documentation, if any exists, is part of an open investigation and as such cannot be provided at this time.” In terms of providing any kind of timeline, all we have been told is that “this investigation will likely take a considerable amount of time.”

The expectation of any family in our situation is that the investigation and process will be open and transparent. For example, we could be told who has been interviewed, who still needs to be interviewed and approximately when the investigation will be finished. Unfortunately, that is the exact opposite of what has occurred. The police department and district attorney have failed to offer us any details about the investigation. Instead, we have been left completely in the dark and told we need to wait for an unspecified amount of time for the police and district attorney to provide us with whatever information they deem appropriate, whenever they deem it appropriate. The complete lack of transparency by both the Fall River Police Department and the Bristol County District Attorney’s office is completely unacceptable.

With no other options, families are forced to resort to the media to increase the pressure on the police department and district attorney to provide answers in a timely manner. While I have been thinking about what to do next, the last person I ever thought would say it – a white Republican who is not a fan of Al Sharpton – tells me I need to call him. Perhaps she is right. The problem is not the Al Sharpton or Benjamin Crumps’ of the world; rather, the problem is a system that compels people to resort to any means necessary to figure out what happened to their loved one. If you were in my shoes, what would you do?

Eric B. Mack, brother of the late Anthony Harden