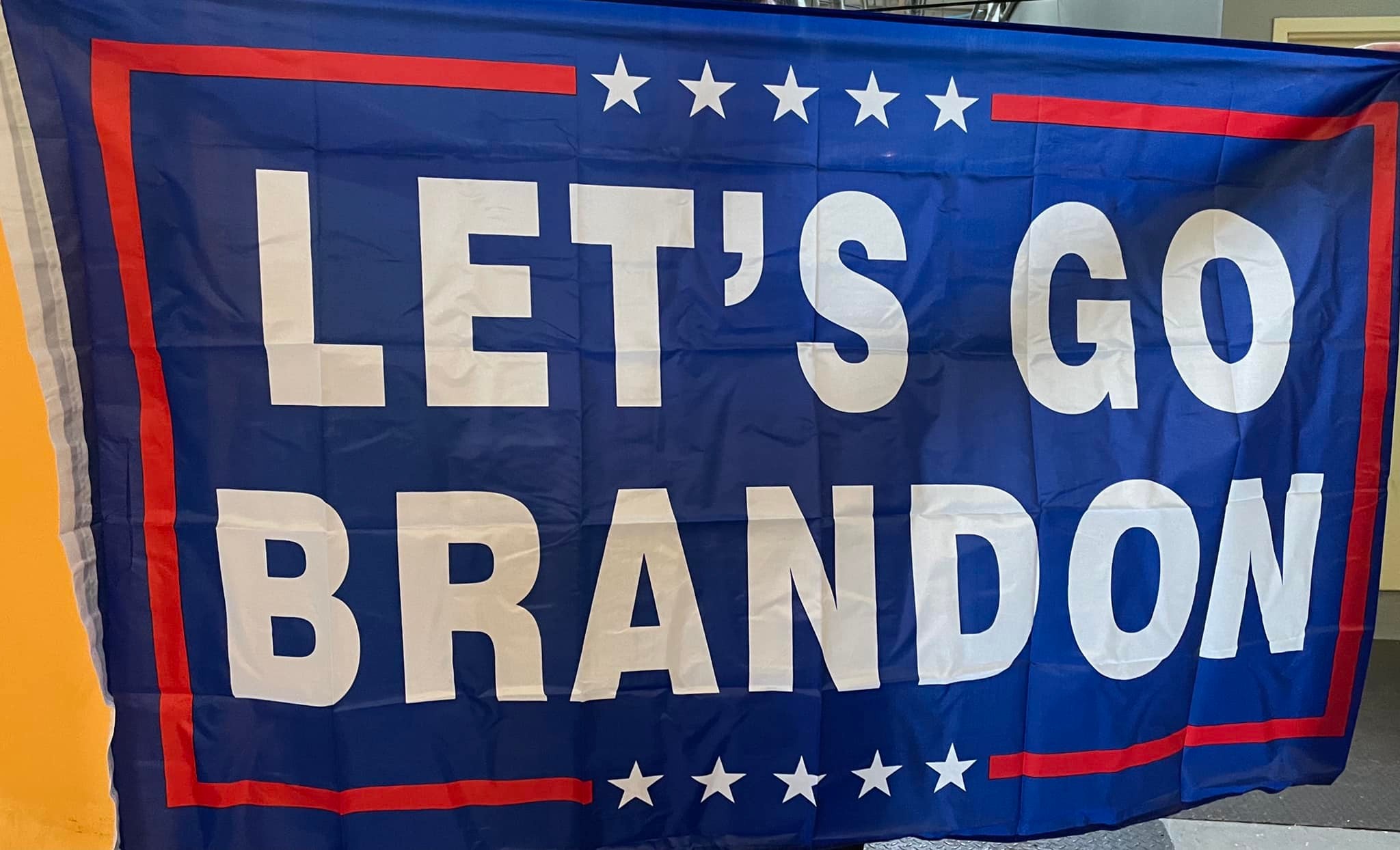 A location that previously held a New England for Trump store has recently re-opened with new merchandise.

The previous store, New England for Trump, sold merchandise consisting of all things Trump along with patriotic items and closed at the end of 2020.

Some of the items for sale included a variety of t-shirts, sweatshirts and hoodies along with jackets, knit hats, caps, gloves, bumper stickers, mugs, pins, flags and coins. With the re-opening, most of the products for sale consists of Let’s Go Brandon and F*** Joe Biden merchandise.

The “Let’s Go Brandon” social media fascination began when an NBC reporter incorrectly described a chant of “F*** Joe Biden” by spectators during a NASCAR race.

The store locations, which also includes a recently opened store on North Washington Street in Attleboro, are headed by New England for Trump’s Keith Lambert.