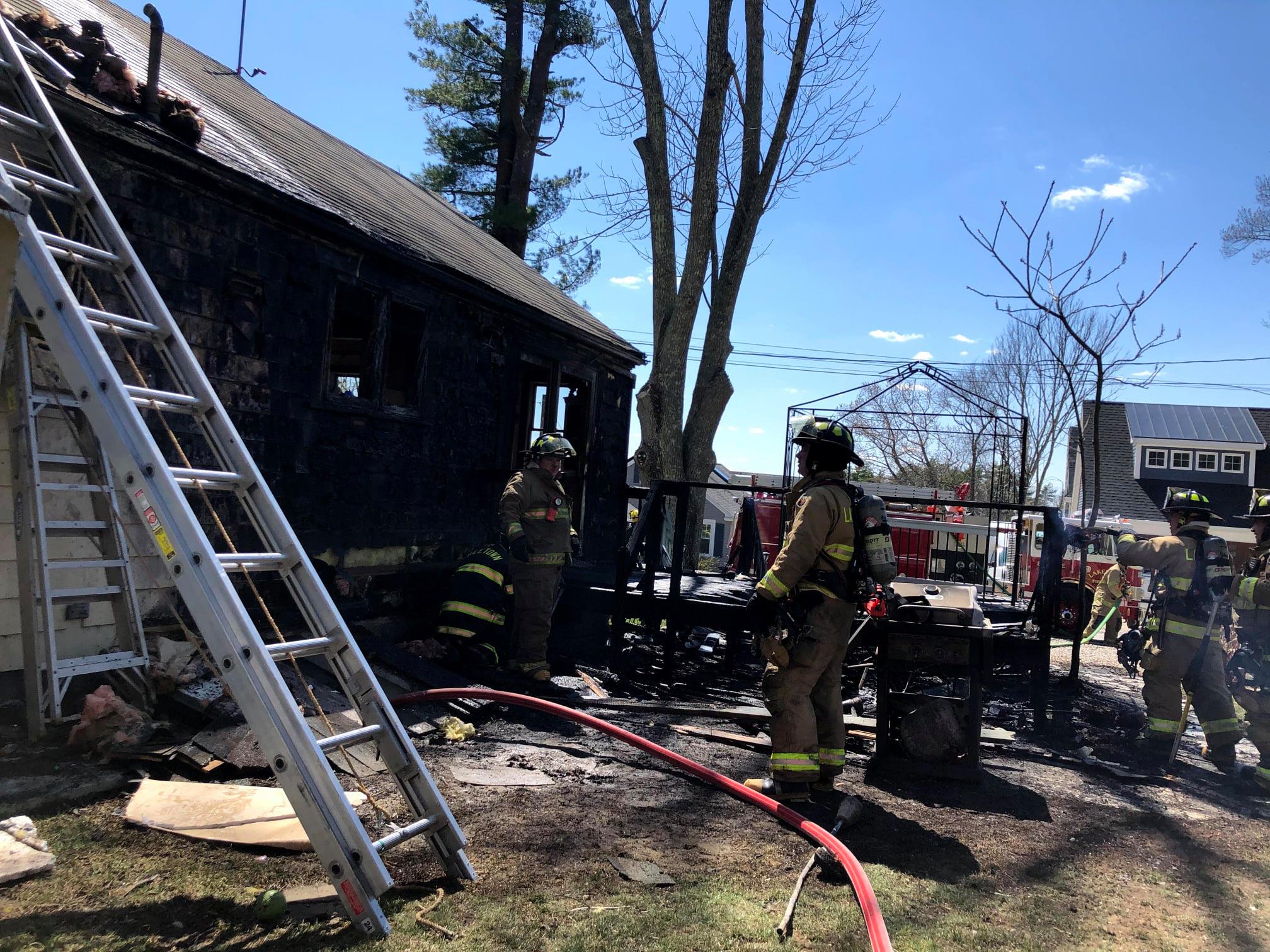 The Lakeville Fire Department had their hands full Friday afternoon as they battled two serious fires at once with some help from mutual aid.

At 1:01 p.m., Lakeville Fire Alarm alerted LFD to a brush fire behind 14 Harding Street which is a self-storage facility.

Firefighters arrived to find a brush fire that had extended to 3 parked vehicles. The source of the fire was an illegal burn at a nearby Taunton home.

The Taunton Fire Department sent 2 engines to the scene and Lakeville responded with Engine 2, the tanker, and the breaker.

According to LFD, at 1:27 p.m., Lakeville Fire Alarm was alerted to an outside fire in the area of 10 Cottage Lane.

A Follow-up 911 call reported the fire was spreading into the house.

Chief O’Brien requested a Freetown Engine and Tanker to the scene. The distance between the two fires was 10.2 miles, according to officials.

Upon arrival, a working fire assignment was ordered, bringing mutual aid from Berkley, Rochester, Acushnet, and Middleborough, in addition to Freetown.

The Tanker and the breaker cleared the initial fire and responded to the scene.

Lakeville PD assisted Chief O’Brien and Lt. Knight with deploying the first line. The heavy outside fire was knocked down. A combined Freetown / Lakeville team made an aggressive interior attack.

Walls and ceilings were opened up and the hidden fire was extinguished.

The fire started when vegetation near a pellet stove exhaust pipe ignited. The windblown fire spread to a nearby deck and then back into the house.

Chief O’Brien was grateful that there were no injuries to responders and the lone resident who was present at the home.

The Chief commended all of the firefighters for their hard work. “Seeing crews from the area departments working hard together to get the job done is extremely gratifying. I am very proud of the effort I saw today.”