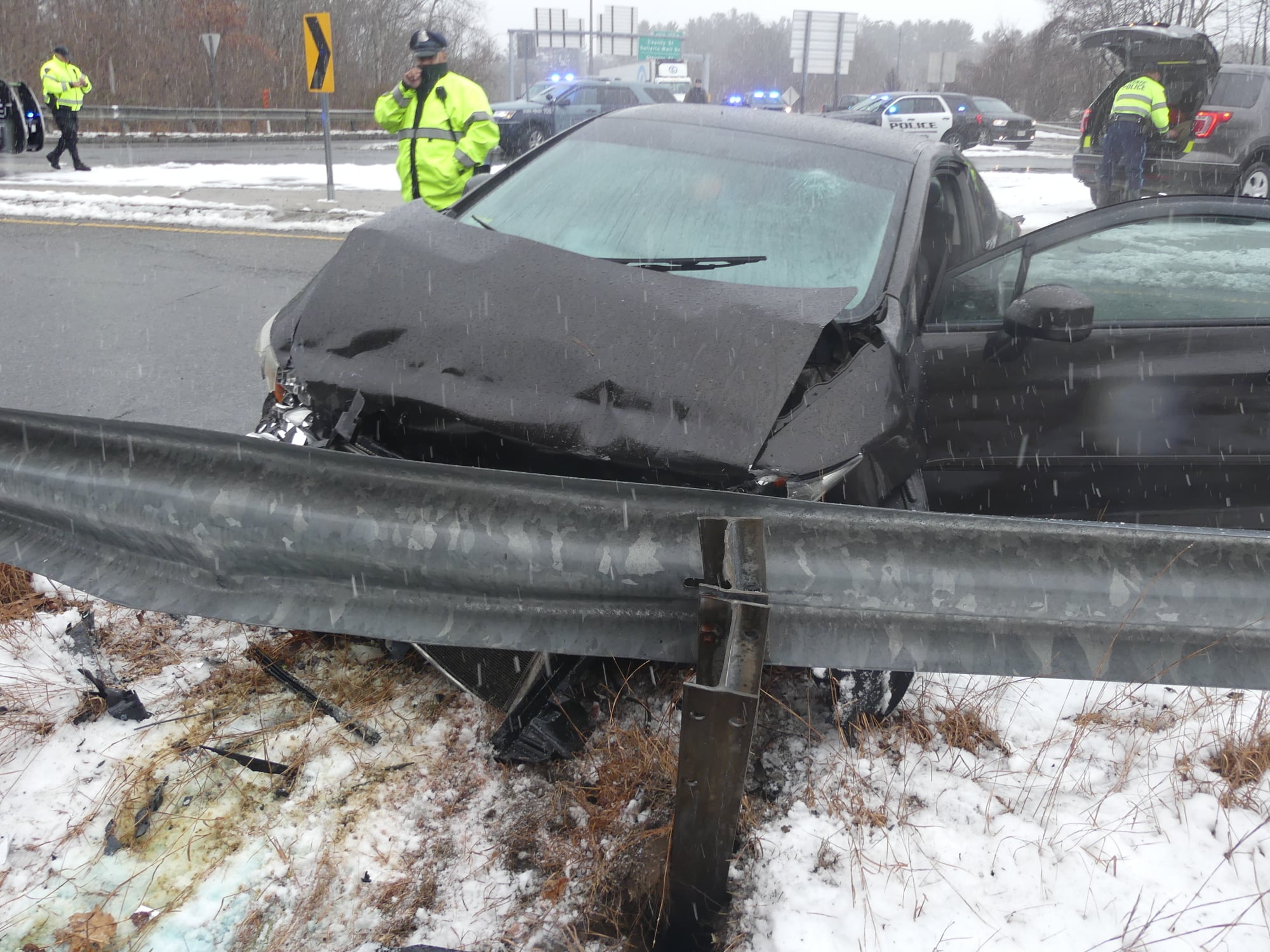 A juvenile was arrested Monday after reportedly crashing a stolen car.

According to Lieut. Steven Abbott, at 12:30 p.m., Freetown police received a report that a car had just been stolen from a business parking lot. Officers arrived on scene and discovered that the vehicle had been stolen while its owner was in a restaurant. The owner had left the vehicle unoccupied with its engine running.

Officers immediately broadcasted a description of the stolen vehicle to area police departments. Shortly thereafter, a State trooper in an unmarked cruiser spotted the vehicle travelling north on Route 140. The trooper was joined by an unmarked Freetown police cruiser. The driver of the stolen car apparently spotted the cruisers and accelerated to a high speed. As the vehicle approached the Route 24 ramp, waiting State police units deployed stop sticks and the
vehicle struck a guard rail.

The operator of the stolen vehicle was arrested at the scene. He was identified as a 16-year-old male residing in Brockton. He was transported to the Freetown police station where he was booked on charges of larceny of a motor vehicle, operating to endanger, failure to stop for police, and unlicensed operation.

He was released to a parent.