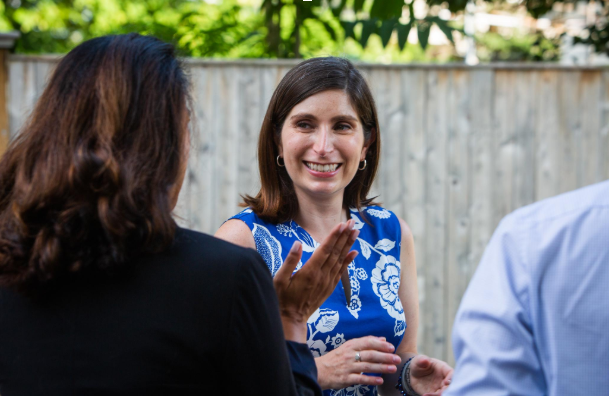 FALL RIVER – Democrat Jesse Mermell will launch her campaign for Congress tomorrow according to her campaign.

Mermell, 39, will start her campaign in Fall River.

Mermell has had roles on the Brookline Select Board, Planned Parenthood, and with Governor Deval Patrick as head of the state’s progressive business group.

“I’m running for Congress because the people, places and progress we love are under attack,” said Mermell. “They and every person in every corner of the Fourth Congressional District need a Congresswoman who will step up and fight for them, every day. I’ve spent my career stepping up on the fights that matter and have a track record of making bold, progressive ideas a reality.”

Mermell states her campaign will refuse all corporate PAC funding and will be generally grassroots.

Elected to the Brookline Select Board at the age of 27, Mermell was the youngest person to ever serve on the board and ushered the town’s first-ever majority female board. In local elected office, Mermell led efforts to bring bike sharing to Brookline, to create a food truck pilot program, and to make Brookline one of the early adopters of bans on plastic bags and Styrofoam containers. She also partnered with local activists to create and launch Brookline Climate Week.