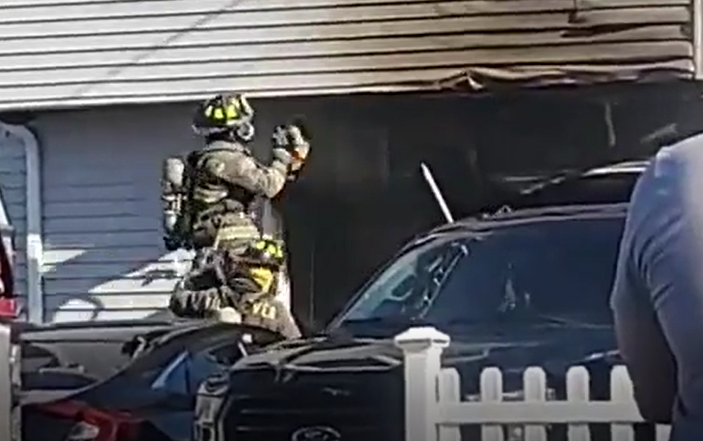 The Fall River Fire Department had to deal with two major fires Sunday within hours of each other.

Just before 4:45 p.m., a call came into dispatch for heavy smoke and fire in the front of a single family home at 58 Manchester Street.

Upon arrival, firefighters encountered heavy smoke on the first floor and in the garage area.

The fire was knocked down in under 15 minutes.

According to District Fire Chief Michael Clark, 4 adults and 1 dog were displaced.

Damage from the blaze was estimated at approximately $50,000.

6 families were displaced in an afternoon fire on Roy Street just a few hours earlier.

The fire is under investigation.