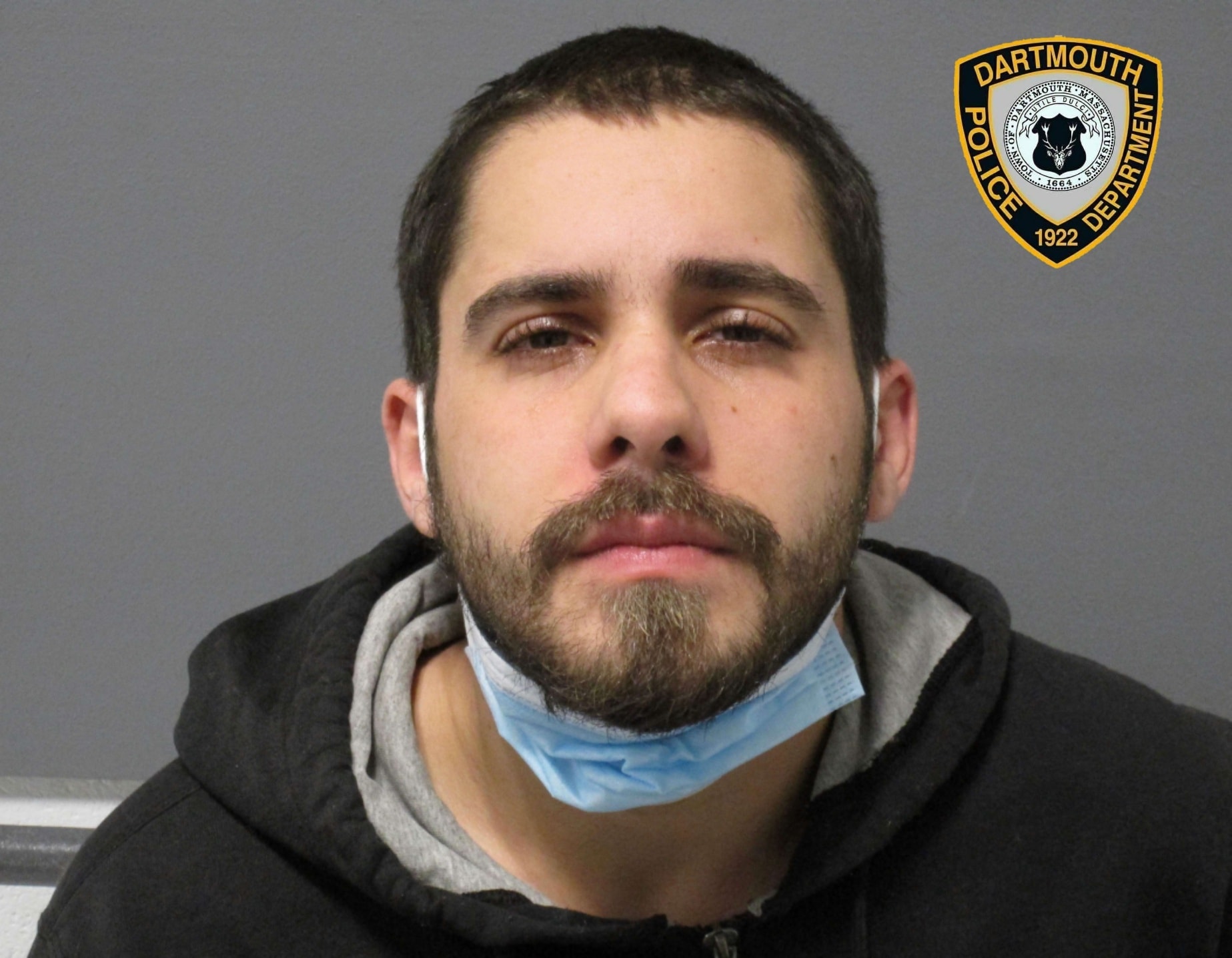 Dartmouth Police have arrested a man concerning an alleged rape.

According to Dartmouth Police, on Wednesday, January 6, at approximately 6:00 a.m., members of both the Dartmouth Police Department and the Massachusetts State Police Violent Fugitive Apprehension Section, arrested Justin Camara, 25, homeless, on a warrant associated with an alleged rape which occurred in Dartmouth on New Year’s Eve.

The investigation was conducted by Officer Cristina Brum, along with the assistance of Detective Kyle Costa and Dartmouth Crime Analyst Keri Lebeau.

According to Chief Brian P. Levesque, “Our commitment to both the victim and the members of this community was unwavering when it came to swiftly bringing this violent criminal to justice”.

After he was booked, Camara was transported to New Bedford District Court to be arraigned.