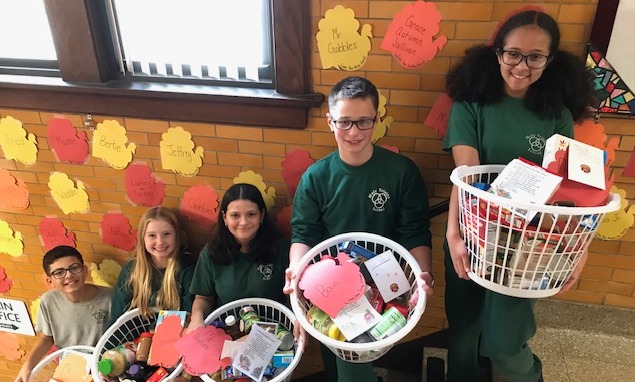 A food drive for those less fortunate that took place at a Fall River school was a bigger success than even the school could have imagined.

What the power of one suggestion can do.

Throughout the past month, Holy Trinity School has facilitated a Thanksgiving food drive in an effort to feed community members in need. A goal was set of collecting enough non-perishable items to assemble 20 food baskets. 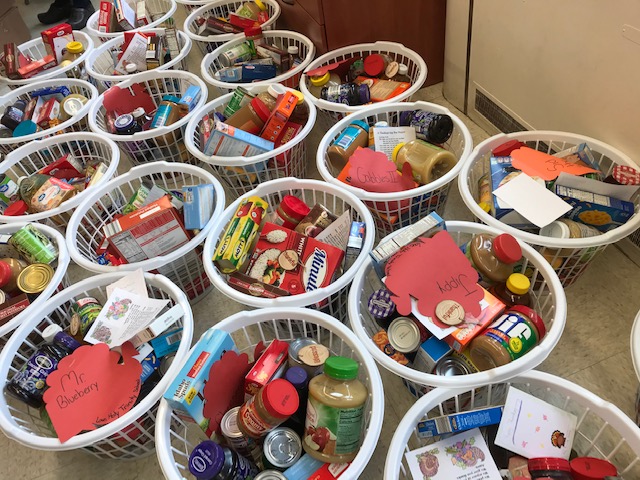 To go along with the food baskets, families of students at the school had the opportunity to sponsor a turkey. After all, no Thanksgiving dinner is complete without a turkey.

The idea of naming the sponsored turkey came about and resulted in overwhelming generosity according to Portuguese teacher Paula Freitas.

“The idea of naming your sponsored turkey created an excitement in the building that resulted in an overwhelming turnout. We were blessed with an abundance of both turkeys and non-perishables. Little did we know the generosity of our school families would far exceed our greatest expectations.”

The vast amount of food donated allowed the students to assemble and personalize 80 complete baskets with a turkey for each. This far surpassed the initial goal.

According to Freitas, each Thanksgiving dinner will be donated to Citizens for Citizens, Inc. in order for the organization to distribute the meals to the families in need.

“The experience has allowed the students to gain a sense of empathy while realizing the power they have to truly make an impact one Thanksgiving dinner at a time. We are very thankful to all of the families, faculty members, and friends of Holy Trinity School that ensured a blessed Thanksgiving for all!”