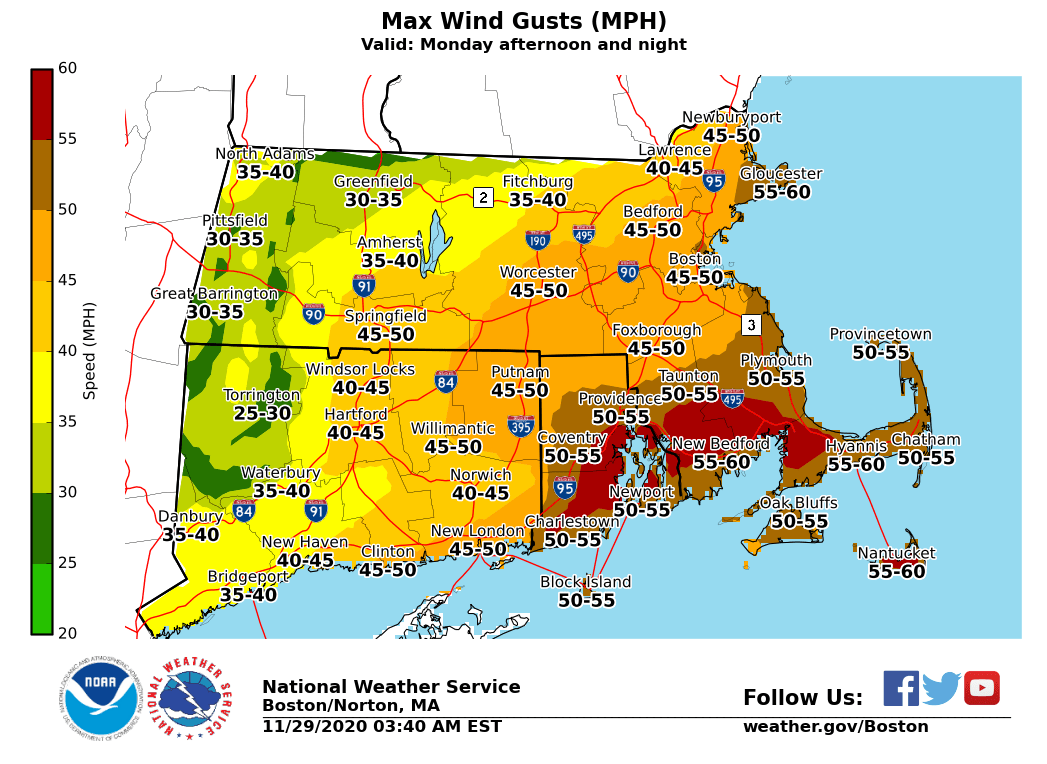 The area is expected to see strong winds and heavy rain Monday.

According to the National Weather Service, a High Wind Watch has been issued for Southern Rhode Island, southeast Massachusetts including Cape Cod and the Islands as well as coastal Essex county from Monday afternoon through Monday evening.

The strongest winds expected from 2 PM through midnight.

South winds 20 to 30 mph are expected with gusts between 50 and 60 mph possible.

Damaging winds could blow down some trees and power lines. Scattered power outages are possible. Travel could be difficult, especially for high profile vehicles. 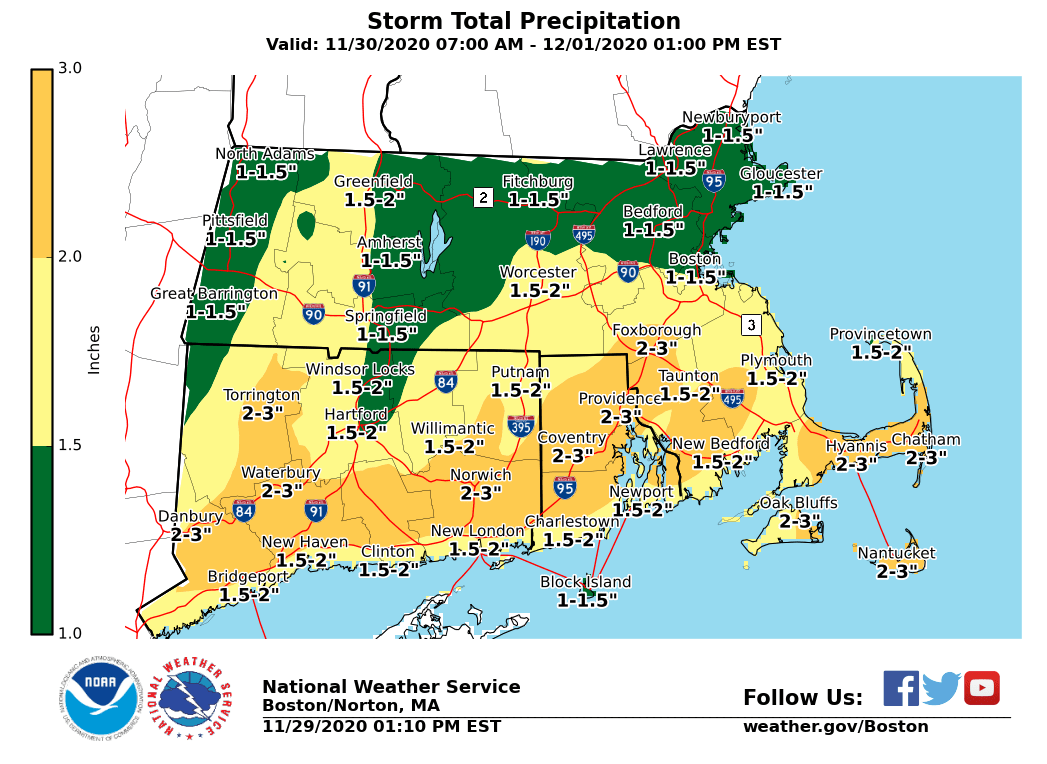 On Monday, showers, mainly after 10am are expected. The rain could be heavy at times. Patchy fog after noon.

On Monday night, showers are expected and possibly a thunderstorm before midnight. Some of the storms could produce heavy rain. Patchy fog expected.

On Tuesday, a chance of showers, mainly before 3pm. Patchy fog before 9am. Otherwise, mostly cloudy.